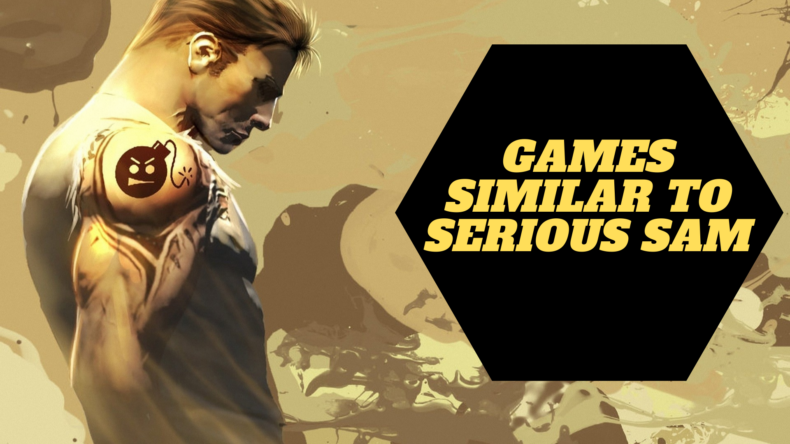 Serious Sam is one of the most beloved video games among those who enjoy classic as well as modern first-person shooters. There’s no denying that the franchise offered a lot of enjoyment to the players while blasting hordes of enemies one after another, especially the screaming Kamikazes. Serious Sam is often paired with its contemporaries, such as Quake, Wolfenstein, or even Doom. However, Sam has enough tricks under his sleeve to set himself apart by being different than the three games mentioned above.

Since Serious Sam 4 is on the way, it is time to hear once again those Kamikazes’ screams. That being said, if you can’t wait for the upcoming title, here is a list of similar games to Croteam’s renowned FPS series to quench your thirst until the fourth mainline entry releases. 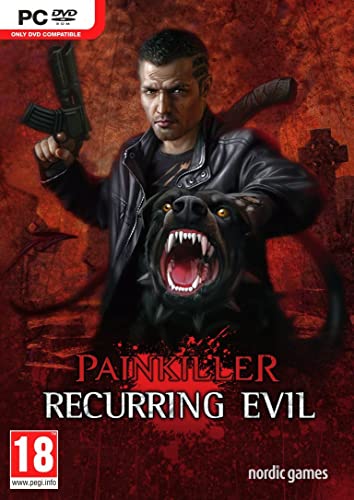 First on the list is Painkiller. For those who are not aware of this one, the first Painkiller game was developed by People Can Fly. The team is notably known for various games such as Bulletstorm and Gears of War: Judgement. Painkiller borrows elements from Quake, Doom, and Serious Sam which makes it an intense fact-paced shooting video game. However, just like Serious Sam, the game puts a great emphasis on killing a large number of enemies in front of the player.

For the plot, the game revolves around a young man called Daniel Garner who is stuck in purgatory, and the only way to get out is by killing Lucifer’s servants. Daniel will have to fight hordes of enemies and giant bosses in order to meet up with his beloved wife in heaven.

The only issue with Painkiller is how it wasted its potential. The game itself, if handled in the right hands with better treatment, it could compete with the new Doom and bring glory to the first person genre just like in the old days. 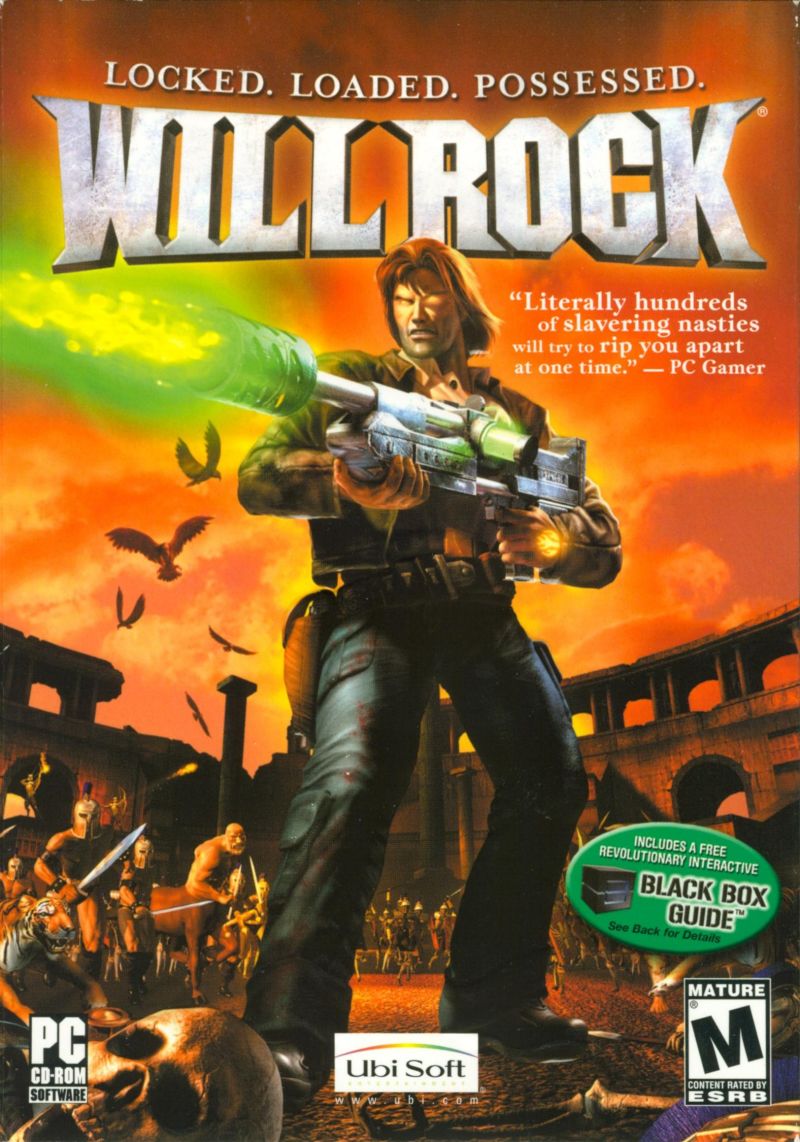 Similar to Painkiller, Will Rock puts an emphasis on throwing the player with tons of enemies to blast with his gun varying from skeletons to animals or even possessed statues. Bear in mind that some of Will Rock’s weapons are simple with nothing truly jaw-dropping to look at. However, what matters is how fun can the game be when annihilating enemies with a wide arsenal.

The plot of Will Rock revolves around Willford Rockwell, an Archelogy student, who is faced by the aftermath of a bigoted community called the Olympian Restoration Army. This group managed to resurrect a host of mythological creatures from ancient Greece. One of these creatures is Zeus who kidnapped Will’s girlfriend, and it is Will’s job to rescue his chick from the old man. 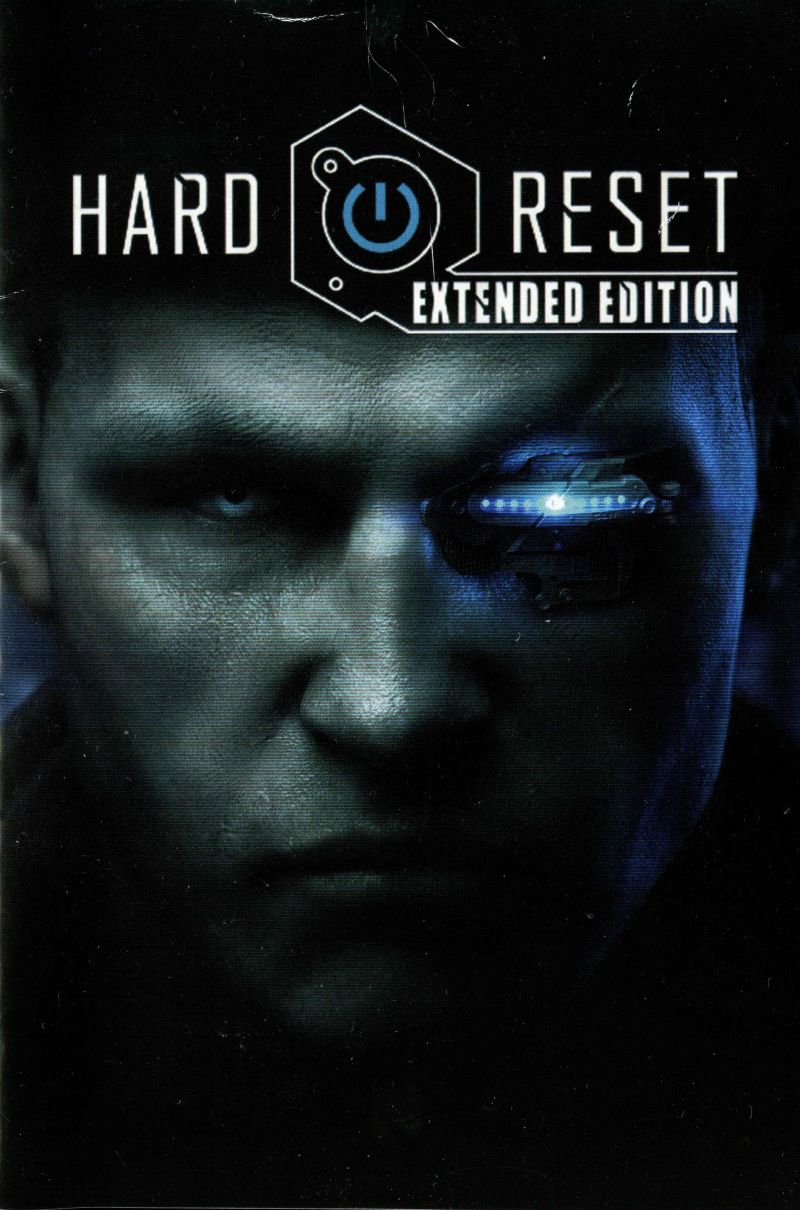 Hard Reset was developed and published by Flying Wild Hog. The developers are mostly known for Shadow Warrior games. A remastered version was released in 2016 by Gambitious Digital Entertainment.

The story revolves around Major Fletcher in the year 2436. Fletcher will be equipped with a pair of transforming weapons in order to take on an army of corrupted robots that threatens the cyberpunk megacity of Bezoar.

Hard Reset was an attempt by the Polish developer to bring back old school first-person shooters to life. In the game, some enemies are tougher than others, and the only way to take them down is by exploiting other transforming weapons. In addition to this, the game makes use of the surroundings such as the infamous red barrels, electrical terminals.

The only issue with Hard Reset is its short length and how it can become repetitive and boring towards the end. However, if you enjoyed the mentioned games in this article, you will like it. 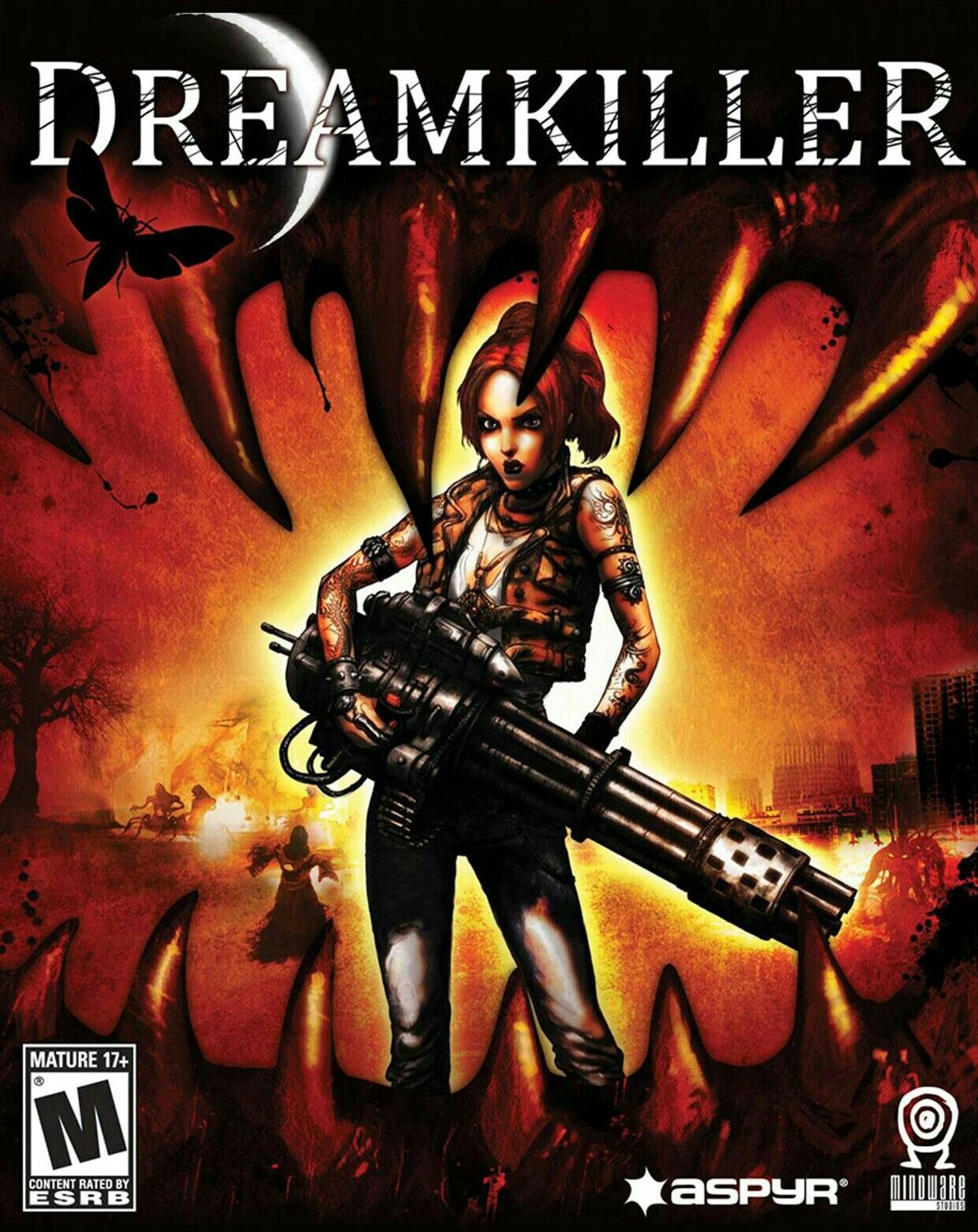 The game is a dark fantasy shooter which was developed by the now-defunct Mindwave Studios and published by Aspyr. It was their last game before closing down in 2011. Sadly, Mindwave Studios has only developed three games which are Cold War, Painkiller: Overdose, and DreamKiller.

DreamKiller is the sister of Painkiller set in a distinct universe where the player takes on the role of Alice Drake, a psychologist blessed with the ability to infiltrate the minds of her patients to annihilate their fears disguised as fearsome demons.

The shooting takes place in dreams filled with hordes of monsters. Since Alice fights in dreams, all the locations are based on people’s personal phobia varying from a zoo infested with spiders, a factory filled with malfunctioning machinery, a hospital, and many other places to discover. DreamKiller is heavily inspired by Painkiller as the game has different weapons, from fire spells to a minigun and so on.

Fellow editor Zach Murphy has made a full review of this game. If you are interested check here 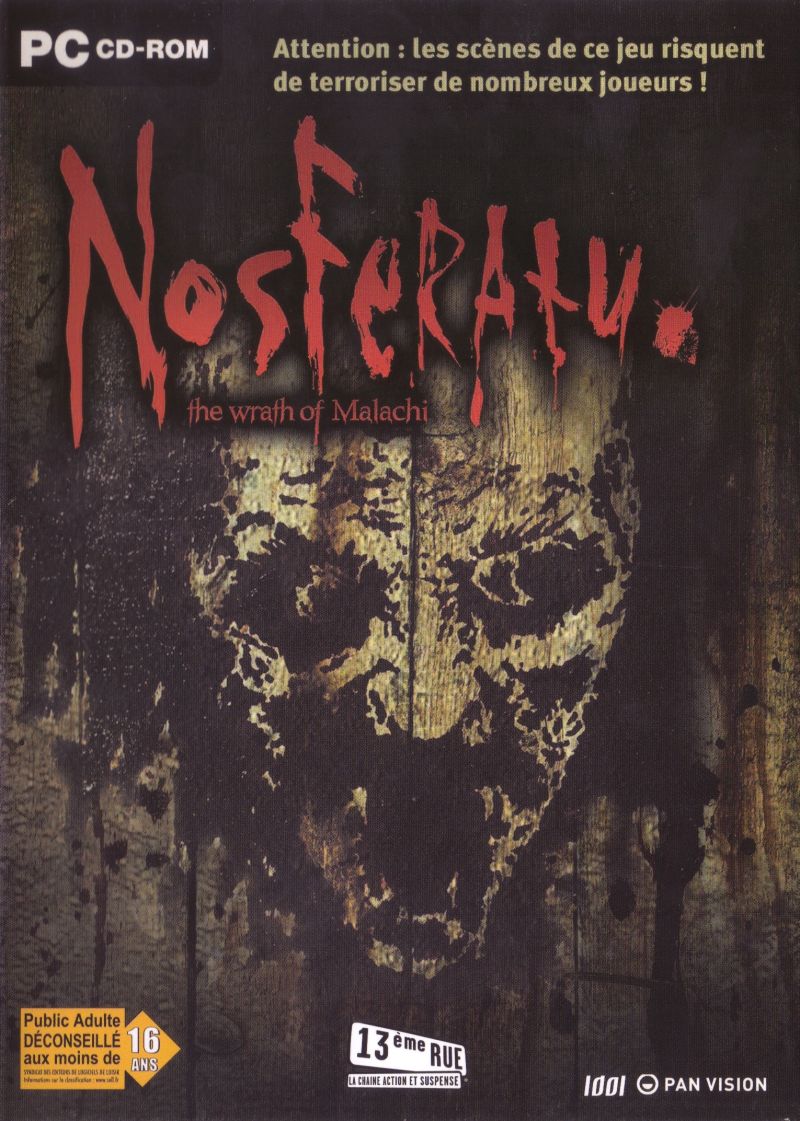 Unlike other games which were mentioned above, Nosferatu: The Wrath of Malachi is a survival horror shooting video game developed by Idol Fx. The studio has only developed two games which are this one and Drake of the 99 Dragons. iGames Publishing published it exclusively for PC.

The story focuses on James Patterson travelling to Transylvania to attend the wedding of his sister, Rebecca, at Castle Malachi. Upon arriving, he will discover that there’s something bizarre happening. Shortly after, one of the characters will inform James that his future brother-in-law is a vampire whose motive is to resurrect Lord Malachi. To do that, he will have to use James’ sister as a virgin sacrifice. Not only that but also, the count has held many prisoners as captives for the sacrifice ritual. James will have to rescue all those prisoners and in the process, prevent the heinous plan the vampire is brewing.

The game doesn’t throw hordes of enemies at you. Instead, it puts an emphasis on sudden enemies encounters which are a little bit challenging. In addition to this, the game features a creepy atmosphere filled with jump scares here and there. Something similar to Clive Barker’s: Undying.

On the other hand, the player’s starting weapons are his own bare fists and his sword; other weapons become available later in the game. The main objective is to race time itself by exploring the castle and saving the captives before the time runs out. The protagonist will have to rescue them within one and half an hour time limit. Otherwise, they will die. 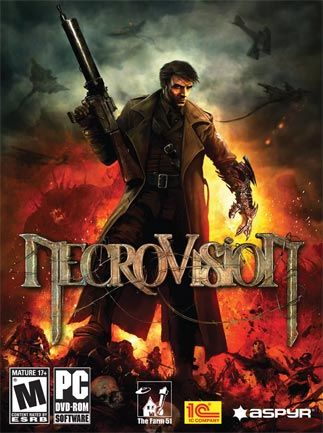 Necrovision and its prequel Necrovision: Lost Company are both military shooters set in world war 1. Developed by Farm51 who are known for Painkiller’s remake, and published by 1C Company. Necrovision isn’t very similar to Serious Sam since it lacks the fast pacing. Instead, it focuses on endless spawning of enemies from regular infected zombie soldiers to demons and other creatures.

The plot of the prequel revolves around Jonas Zimmerman who is fighting demonic invaders during the war. On the other hand, the sequel puts you in the shoes of another character called Simon Buckner, a young American soldier recently recruited into the British army. The latter’s first battle starts with the nazis until he discovers that there’s more than humans involved in the conflict. Simon soon finds himself fighting supernatural powers such as zombies, vampires, and demons from hell. 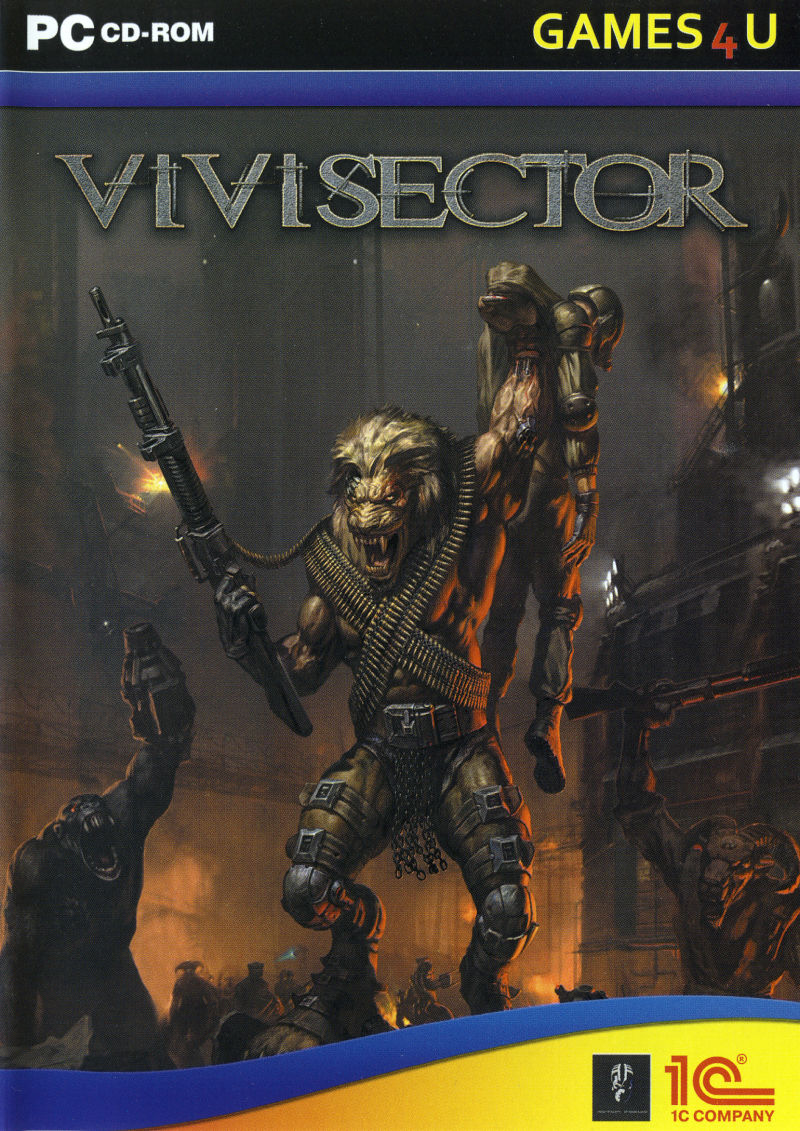 Vivisector: The Beast Within was developed by a Ukrainian developer called Action Forms and published by 1C Company exclusively on PC. The game starts at a slow pace until you feel you are about to quit for good, then all of a sudden, things get real. Vivisector is heavily inspired by science fiction works and books. Such as The Island of Doctor Moreau, and Island of Lost Souls.

The game is set in 1987 on a covert military installation on an island. A group of human-animal creatures has conducted a riot against the corrupted general who ordered their creation. At first, the players resolve is to side with the general and suppress these creatures from causing any more havoc and regain control of the hybrid creatures. Eventually, the player will switch sides against the general halfway through the game.

The gameplay is similar to that of Will Rock or Nitro Familly. Another game that puts a great emphasis on blasting a large number of enemies through the whole game. Although the beginning of the game starts at a low pace, it changes eventually to fast-paced. Unlike other the other mentioned games above, Vivisector allows players to upgrade their agility, life, aim and strength. In addition to this, the game contains minor puzzles, as well as, bosses between game phases.

Here are some honourable mentions: