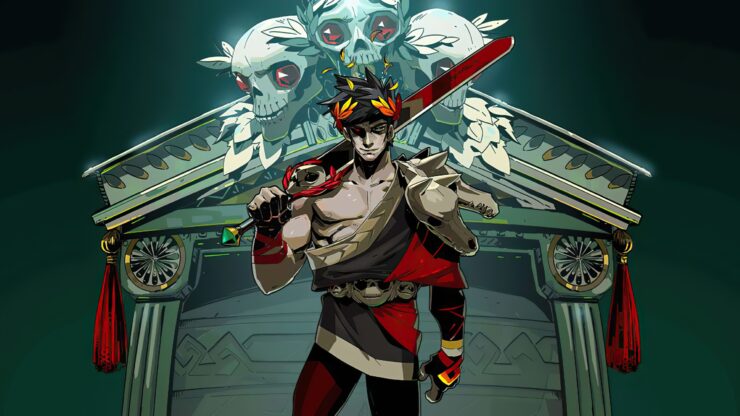 I reviewed Supergiant Games’ latest masterpiece earlier in 2020. Hades is a Greek mythology-based action roguelite, placing you in the role of prince Zagreus attempting to escape the realm of his father Hades (yes THE Hades, ruler of the underworld). His mission takes him across the various shifting zones of Tartarus to find the exit to the mortal realm and back to his mother. The ever-rebelious Zagreus will encounter new friends and foes on his journey to defy his fathers attempts to thwart him; but no matter the path he chooses, all of them eventually lead to death. However, being a child of Hades, he always returns to life back where he started: his fathers palace. These concepts of constant struggle and rocky relationship are flawlessly translated to gameplay as well via the various randomized systems; really, there could be no better example of worldbuilding and gameplay cohesion out there.

As a video game, Hades is truly the ultimate package; it excels at everything you could ask for: visuals, writing, narrative, characters, combat, progression systems, replayability – you name it. All this, while managing to grab the spotlight despite competing against other heavyweight releases last year; that’s saying something considering it’s an indie game.

It balances all its elements with painstaking attention to perfection – or as close as it can get. It’s not just a step forward for the roguelite genre but also one of the best indie offerings you can find on the market today. Most importantly though, Hades fulfills its promises: I expected a quality game given the studio’s pedigree and they not just delivered but exceeded my expectations. No unfinished/broken gameplay or bugs to be found here, unlike *ahem* another major controversial release that’s still making headlines. And this is despite being a small indie studio’s most ambitious project yet.

With all that being said, Hades most certainly ticks all the boxes for my Game Of The Year 2020. And rightfully so, because Supergiant Games deserve it for their hard work and dedication to the art of game development. In fact, the studio has not made a single bad or even mediocre game yet; here’s hoping they continue this winning streak for years to come!