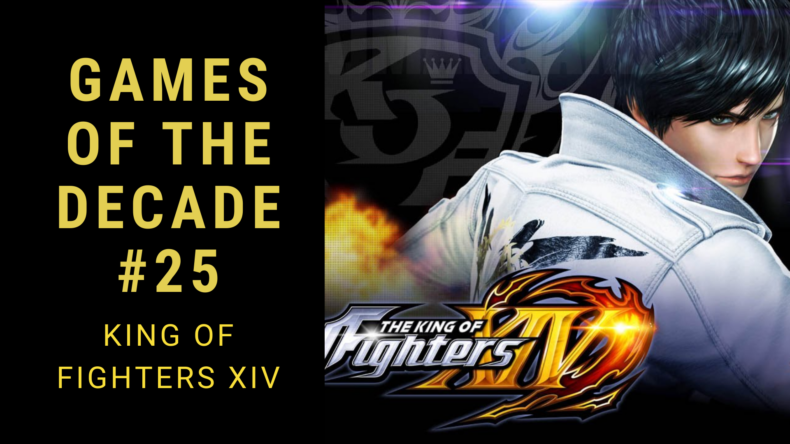 Despite making some of the most innovative fighting games in history, SNK have long been the underdogs of the genre (imagine that). Their previous forays into 3-D didn’t really match the quality and charisma of their 2D fighters. That was until, KING OF FIGHTERS 14–a landmark fighting game that not only stands with ’98 as the best in the series, but ranks among the greatest fighting games ever made. In fact, it lies far above any title released this generation, and makes everything from TEKKEN 7 to SOUL CALIBUR *whatever* look perfunctory in comparison. It even goes wayyy beyond its chief rival, Capcom’s STREET FIGHTER 5, by making it look like a casualized, semi-finished joke in comparison.

KOF 14 is packed with a good amount of content, fantastic online options and one of the best tutorials in fighting game history–one that gets players up to date with its outstanding and bottomlessly deep fighting engine (three different types of jumps, anyone?)–ironically designed by the combat designer of….. Street Fighter 4. And this game emulates the punchy, hard-feeling hits of that game, while translating it into the standard SNK rushdown style fighting gameplay–which it updates brilliantly with several new gameplay techniques and systems (seriously, it’s better discovered on its own, than read about).

Add to that, a total roster of 50 characters (jesus). including almost any and all fan favorites—and you’ve got yourself something that basically has infinite replay value—which is great, because the game is just too damn fun to play. All the while being friendly enough for newcomers, while never bending over to them. Ensuring that hardcore fans are catered to, first and foremost. The game’s only weak point is it’s visuals (though it is not that big of a deal breaker), and the somewhat lack of the trademark expressiveness SNK characters we’re all used to. But it still has enough charm and variety to shine through. It’s hard to complain about one aspect of this outstanding game…truly the KING of its whole genre this console generation.