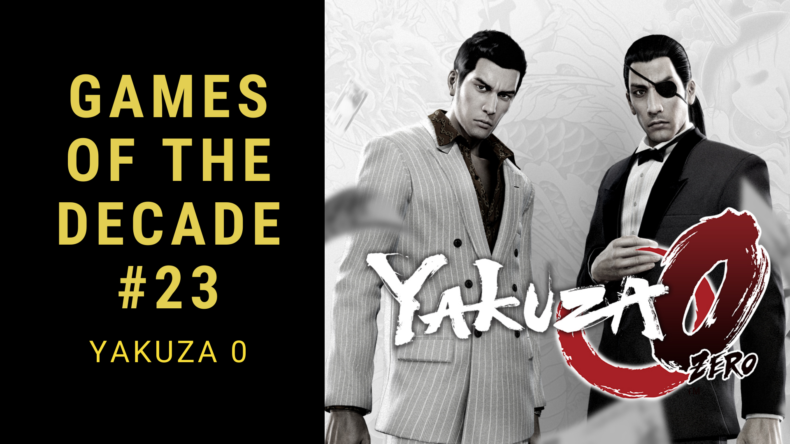 Yakuza 0 was my first foray into this cult classic that is vehemently adored by many. However, the game didn’t pull me in immediately. It was, in all honesty, a slog for the first 10 or so hours, what with me not liking long cut scenes and text-based dialogue that might as well be synonymous with walking segments in games. Said dialogues were interspersed with tutorials of the many systems that the game has to offer, making it even more mind-numbing (To me). Initially, the game constantly kept interrupting the play right when I felt like I was getting into the ‘flow’. But hey, no game is flawless and I am glad I stuck with it past that point.

Once the training wheels are off, Yakuza transforms into an almost immersive simulation of the Japanese streets of the 80s. The world is dense and feels lived in. Exploring Kamurocho and Sotenbori can be quite amusing as the game throws various side activities at you including ones that you won’t even see coming. These activities fall in various shades of eccentricity. The absurdity is not derived just from the type of missions there are, like- protecting Miracle Johnson (Michael Jackson) as he moonwalks across the city, finding lost pants, assisting a pervert, etc. Kiryu’s usually stoic expressions that transform while he performs passionately on the Karaoke can be wonderfully amusing to watch as well.

Through these absurd little stories, we get to know about Kiryu, Majima and the world in general. Yakuza’s mainline story tells a tale of tough men with conflicting ideologies beating the shit out of each other while the smaller side activities show the human side of these characters. What makes these tales so special is that they feel extremely earnest. They don’t feel like they are pandering to any kind of audience. They feel like stories that came straight from the heart of a genuine story-teller who is able to manage contrasting tones with ease. It is really hard to find any other game that can go from heart-warming seriousness to downright absurdity within a matter of seconds. The weirdness of the narrative is only complemented by a plethora of design decisions that work towards making this absurdity feel natural.

The game design overall is another aspect where it trumps many of its western contemporaries. Western developers are or rather, have been hell-bent on chasing the size-matters trend. The current generation has seen players thrown into huge open worlds only to follow markers and complete activities that are essentially grunt work or checklist items. This has resulted in the players’ eyes glued to the mini-map instead of incentivizing organic exploration. Yakuza bucks that trend by being a much more dense experience with various interest points. The world feels lived in and each location serves a purpose. The whacky fleshed out stories are just the cherry on top. By the time you are around halfway through the game, Sotenbori and Kamurocho tend to become familiar places.

In my first playthrough, I rushed through the story since I had borrowed a copy of the game from a friend. Upon completion, I was only ‘slightly’ surprised as the game slapped a completion rate of 17% at the end credits screen; lowest I have ever gotten in any game to date. All that aside, Yakuza pulled me in through some exquisite presentation, an engaging over the top story, bombastic soundtrack (Kuze’s theme *sighs*), memorable characters and its zany design motives that mesh contrasting tones very well.