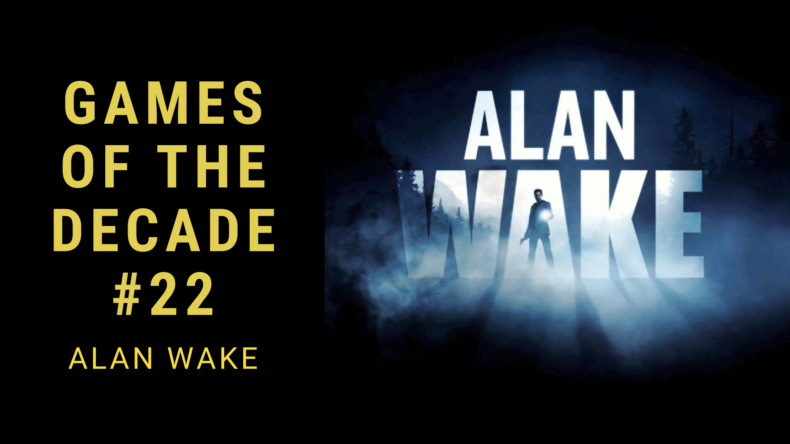 Aside from ALIEN/ALIENS, David Lynch’s landmark TV series TWIN PEAKS is that other seminal piece of media that games have displayed very little shame in borrowing elements from (Read: totally ripping off). Some do it well, some suck at it, and you can be rest assured that there is another TWIN PEAKS inspired game somewhere up this list (wait for it…). Remedy entertainment though, knows its David Lynch–their 2010 supernatural third-person shooter Alan Wake channeled the show’s best elements, all the while mixing it with solid combat, fantastic writing and a great sense of variety and pacing–ensuring that it remains ahead of the pack.

Writer Sam Lake seemed to have channeled his inner writer’s block/ anxiety (and obvious love for Stephen King) into a really complex, dense, supernatural plot that can be interpreted in multiple ways. The level of detail in the atmosphere and environment is top-notch, and the voicework and presentation still remain some of the best in the industry. While the game’s character models are visibly dated now, it’s still an impressive showing as far as environment detail is concerned – the way the lone Diner’s interior lights play off the floor and surroundings, how the fog rolls off of Bright Falls’ eerie, uninviting forested areas, the blanket of claustrophobia some of the game’s abandoned settlements throw onto you… Everything makes you feel grounded into the twisted, nightmarish world our protagonist Alan Wake finds himself in. And if that wasn’t enough, the game packs in one of the most unique, well written and jaw-dropping plots in gaming this decade.

Considering how stale and boring linear ‘story-based’ third-person games feel nowadays, Remedy’s effort with Alan Wake feels chillingly fresh even 10 years later. The flashlight mechanic is a one-of-a-kind twist to the generic TPS formula, gunplay feels tight with a decent variety of sidearms and while the enemy variety is somewhat lacking (in addition to clunky camera during situations, like dodging), it’s still great fun, seamless and mind-numbingly tense at times– ensuring players feel their investment is rewarded, instead of the stale, been-there-done-that formula many shooters this decade glorified. One of the most technically impressive last gen titles (especially for an Xbox 360 game), one of the finest survival horror games this decade and one of the best games of all time – all these achievements, and more, are well deserved.