16
new
The Jankyard – Etrom: The Astral Essence
What Inspired: God of War Trilogy
Steam Demo Derby: Recompile & Moncage
Exclusive Hands-On: Seven Haunted Seas – A Cancelled Pirate Game
Steam Demo Derby: Eldest Souls & Raji: An Ancient Epic
Ori & The Will Of The Wisps: Review- Hearts On Fire
Cyberpunk Backlog: Binary Domain – A Masterpiece by SEGA
Refund Window Reviews: Ori And The Will Of The Wisps
EVERY Doom Game Ever
Archetype Entertainment – New AAA Studio from RPG Royalty
Doom: Eternal’s Soundtrack Has Me Extremely Hyped For The Game
Are Japanese import games worth it? Interview with BioPhoenix.
The Jankyard – Shade: Wrath of Angels
Half Life: Alyx – 10 Things To Get You Excited!
3 Similar Games To Max Payne You Must Play
Some Interesting Upcoming Titles We Discovered From PAX East 2020
86
0
previous article
Games Of The Decade #25: The King of Fighters 14, An SNK Masterwork
next article
The Immortal John Hancock - Interview 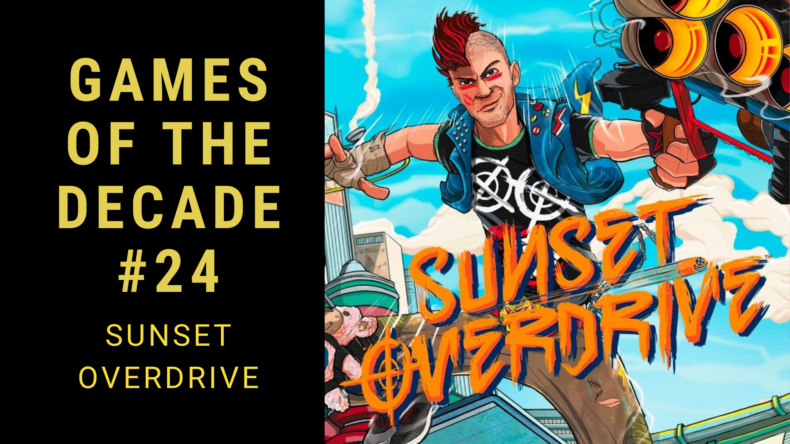 “Fun” is a term one would rarely associate with modern AAA gaming, yet that is one aspect this 2014 Xbox One gem provides in spades. While the game’s eye-popping artstyle, pumping neo-punk soundtrack, oddball characters and hilarious writing (with constant fourth wall breaks) do keep the player engaged throughout the 25-30 hour experience, it’s the wild and satisfying movement & parkour system that steals the show – I expect no less from Insomniac after all, they’re a studio with a pedigree in fluid traversal systems… and I might argue that this is one of the finest, not just this gen, but in all of gaming.

Couple all that fast-paced grinding, bouncing and wall-running around the literal concrete jungle that is the game’s setting of Sunset City, with an insane arsenal of crazy weapons that fit the game’s Saturday morning cartoon nature to a tee, and Sunset Overdrive is easily one of the most fun I’ve had with a game yet – so much so that it hooked me in from start to finish… And I’m a person that gets bored quickly and tends to drop a game into my ever-growing backlog if it threatens to bore me.

Of course, it’s not all sunshine and roses: a barebones plot which falls thin near the end despite an interesting setup, one dimensional NPCs, cakewalk bosses, repetitive & even tedious design and some bugs (in the PC version) often attempt to stick a foot out to trip your experience – yet the adrenaline-fueled momentum of the game was strong enough for me to blaze past those obstacles, always ready to annihilate another horde of orange, soda-guzzling mutants, with my trusty fire shotgun and cute AF teddy bear grenade launcher. All this chaos is just amplified times ten thanks to the Style meter that increases player damage in addition to activating some sick powerups that’ll mow down those uglies in no time. A true power fantasy.

Ultimately it’s a shame this game did so poorly in terms of reception. No one really talks about it anymore, barely anyone even remembers it – and that’s honestly a disservice to one of the few major current gen titles that values gameplay substance over smoke and mirrors.

by Zach Murphy on March 30, 2020
An ambitious techno-medieval RPG teeming with lore, atmosphere, and awesome magical powers. Most people go one of two ways when it comes to click-to-kill RPGs. Some prefer that it makes the game feel more stats than skill-based, and some feel that it [...]

by Siddharth Patil on March 21, 2020
The games we’ll discuss in today’s Steam Demo Derby (here is the link to the previous one) have niche audiences for sure. Recompile thrusts the player into a jolting adventure through the virtual realm as you jump and shoot your way to [...]
Comments
Leave a reply 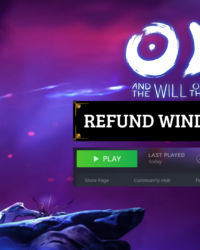 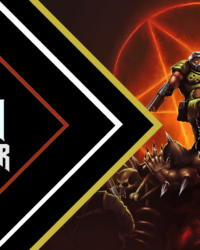 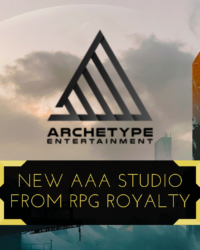