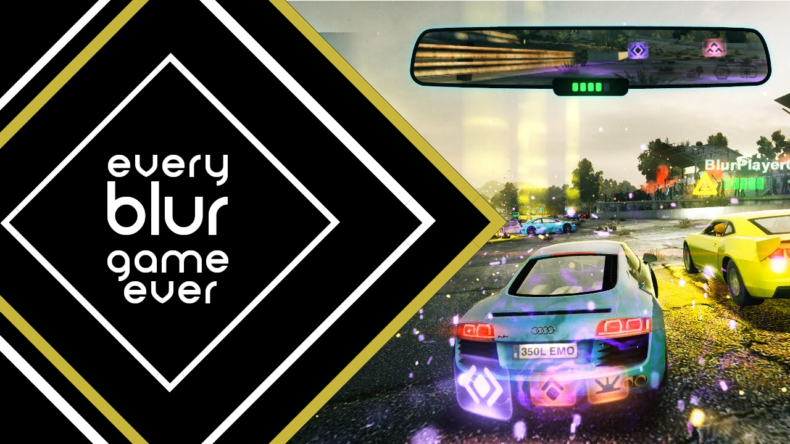 When people talk about iconic racing games, their minds tend to wander to a couple of places. Some will think back to the days of playing Outrun in the Arcades, and others will speed down memory lane to the mid-2000’s with the huge wave of import tuner titles released for the 6th gen machines – like Need for Speed Underground, Juiced and the unfortunately forgotten (and long-buried) Midnight Club. There have been a few games over the years that felt somewhat more kart racer than the aforementioned franchises, with Rumble Racing and Hot Wheels being great examples of this. Another such example has become somewhat of a cult classic since its release in 2010, Bizarre Creations’ Blur.

Whilst it’s rather disappointing that there are no new Blur games on the way, we can still look back at the series and reminisce. We can ponder on what could’ve been, what we missed due to not having interest in certain platforms at the time these titles released. Sit back, pour yourself a coffee and read all about the Blur series. 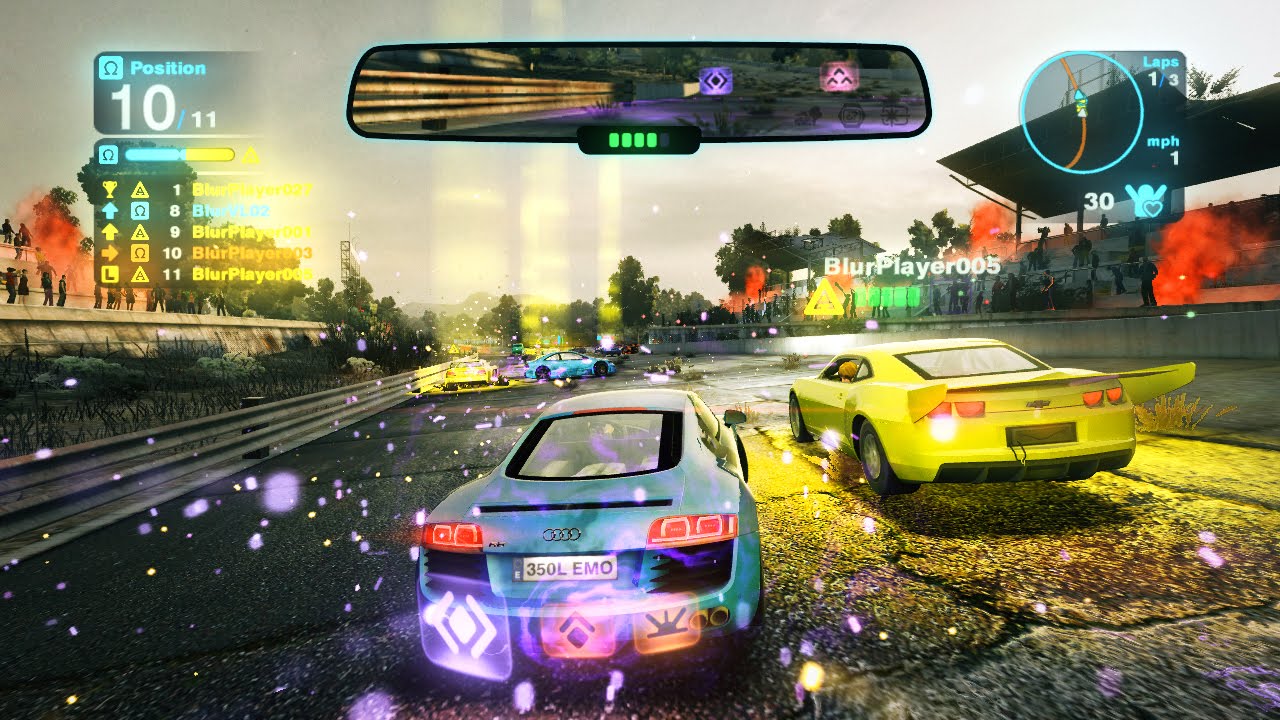 Announced in May 2009, Blur was the result of Bizarre Creations’ merger with Activision. The development studio had previously worked on the Project Gotham Racing series (which as a side note, spawned the Geometry Wars twin stick shooters), and proved with flying colors that they could stand toe-to-toe with the bigger racer behemoths at the time – kudos to those guys. Activision publishing president Mike Griffiths said at the time that Blur was “poised to do for racing games what Call of Duty had done for shooters”, and this was met with a whole lot of excitement – and also a whole lot of displeased fans of the early Call of Duty games poking fun at the comment, asking if this meant Blur would receive annual dumbed-down release after dumbed-down release. Never-the-less, Activision had put a lot of faith into Bizarre Creations for this project, and their acquisition of the Liverpudlian studio in mid-2007 should theoretically have resulted in more than just two full-scale console titles and a couple of Geometry Wars games.

Though it would’ve made sense for the studio to continue creating their racing titles under the PGR banner, the rights had remained with Microsoft after the two studios parted ways following the fourth game. Blur was a very different type of project though, much closer to the likes of Mario Kart than its much more serious older brother.

It wasn’t long after its E3 unveiling that a release date was announced. Set to drop November 3rd 2009, Blur was going to be published for PC, PS3 and Xbox 360 – and hype was at an all-time high for the project. Unfortunately, this release date would end up getting pushed back due to online multiplayer concerns. Fans felt that this was more likely due to the release Forza Motorsport 3 and Need for Speed Shift at the end of 2009 than actual developmental reasons, though this was purely speculation.

The game ended up launching in May 2010, and released to critical acclaim. With the exception of IGN’s 7/10, most publications gave the racer 8/10’s across the board, and the game currently sits at an 82/100 on review aggregate MetaCritic. Unfortunately, sales did not reflect this, and the game sold only 31,000 units in the first five days of its release. Despite the poor sales, Nick Davies of Bizarre Creations stated that plans were in place to make more titles under the Blur umbrella, and that they were still aiming to make it “the biggest racing franchise”. He attributed the low sales figures to the racing game overload at the time, namely that Split/Second and ModNation Racers had released around the same time, with the former having very similar traits.

The original Blur went on to be somewhat of a cult classic, a hidden gem featured in many a YouTube video. This title is really the only game people remember to use the IP, but there were two more games that saw release following Bizarre Creations’ first foray into the franchise. 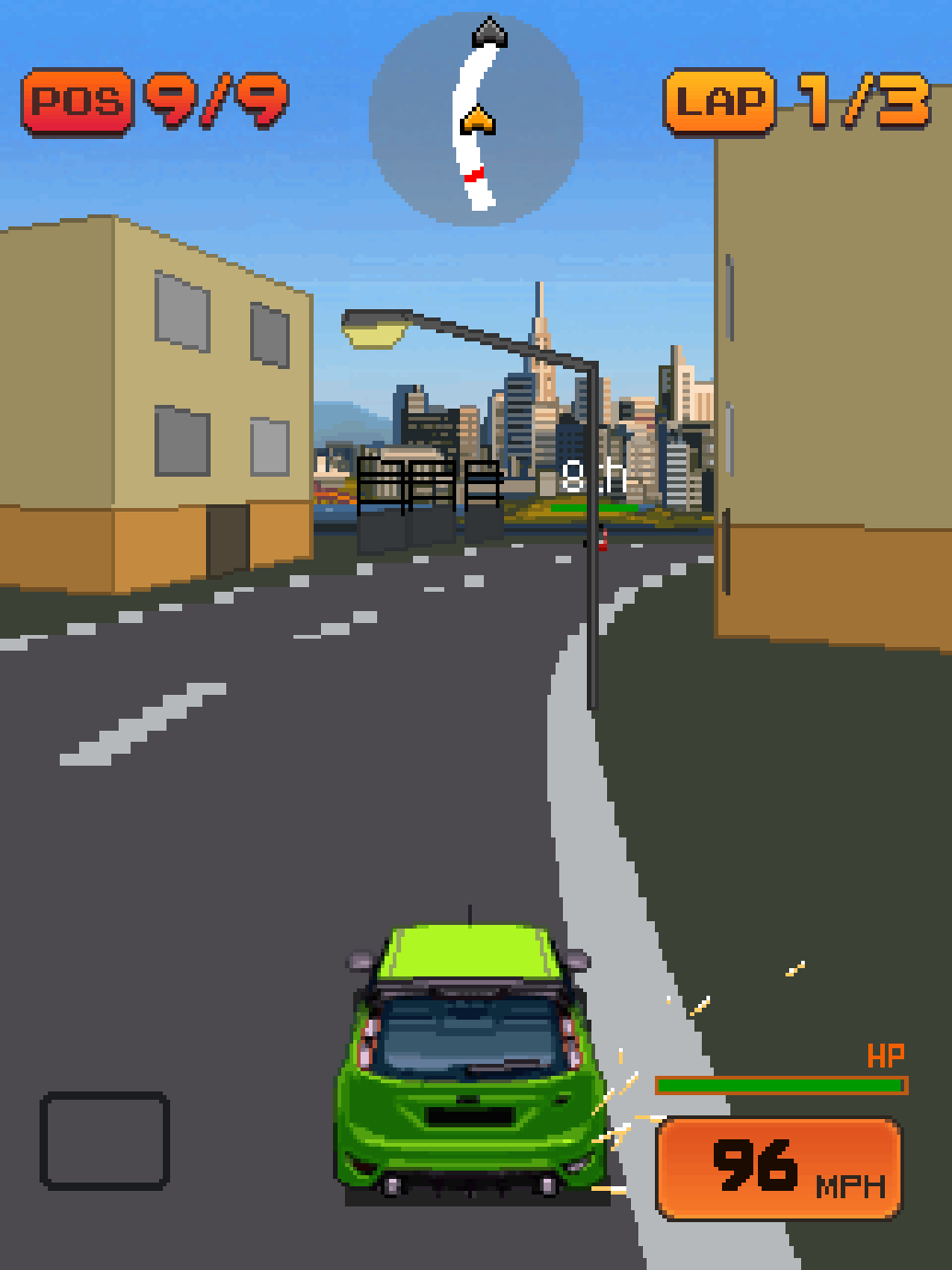 Whilst not developed by Bizarre Creations, Blur’s debut mobile foray was another solid, yet a rather basic entry in the series. Developed by Glu Mobile (renowned for some fairly polished and enjoyable phone games) and published by Activision, Blur Mobile actually managed to capture the essence of its big brother pretty nicely.

Featuring a limited set of power-ups and licensed vehicle models, it’s a little too easy to view Blur Mobile as a demake of the console game, but there’s a tonne of content here – and despite being a rather simplistic representation of the core game, it still managed to win me over with its good-looking car sprites and intuitive control scheme.

Blur Mobile also features “boss battles”, similar to Burnout 3‘s Showdown events. The game will surely keep you busy for a while and it’s pretty easy to emulate nowadays on PC and Android. There is just no excuse not to play this as a Blur fan. 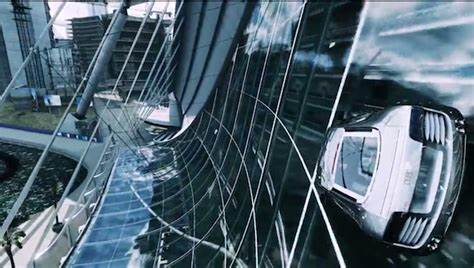 Before the closure of Bizarre Creations, work was underway on a full-fledged sequel to Blur. Development had begun almost immediately after the release of the original game, and would have vastly improved the original’s already-stellar graphics engine.

The sequel would’ve been built on a new engine, as well as featured more vehicles than the original game, in addition to some brand-new tracks. One of the tracks shown off was set in Dubai, and featured an Audi R8 driving along a building. The devs also planned on taking a step further with a newly implemented mechanic that would’ve further separated the series from Bizarre Creations’ previous racing IP. Other confirmed locations were San Francisco, New York and Miami. Blur 2 would’ve overhauled the power-ups system, allowing for new introductions, as well as improvements on pre-existing power-ups like the shunt. This improvement would’ve seen an end to the glowing red ball and replaced it with a large energy pulse.

Blur 2 was unfortunately cancelled a little way into development, as Activision closed the studio due to a lack of faith in the franchise following the poor sales of the original game. It was a shame to see what had initially been a massive push for the studio, and the likening of the franchise to that of Activision’s golden child, to a lack of faith so severe that it lead to the loss of jobs, games, and an incredible studio. Whilst Activision had explored the option of selling Bizarre Creations, this would not come to fruition.

Things didn’t quite end there for Blur 2 though, as Bizarre Creations’ employee Chris Davie would go on to post about the game’s development on his blog, featuring never-before-seen footage from the game. In what became a bit of a PR mess, Activision hurriedly removed the videos from Davie’s blog, making their stance clear on leaked footage in the process. Luckily for Blur fans, Activision were too late, and the footage was re-uploaded on YouTube to preserve the history of what looked like it would’ve been a fantastic follow-up. Alas, Blur was the franchise that refused to leave quietly, and in 2013 it would rear its head one last time. 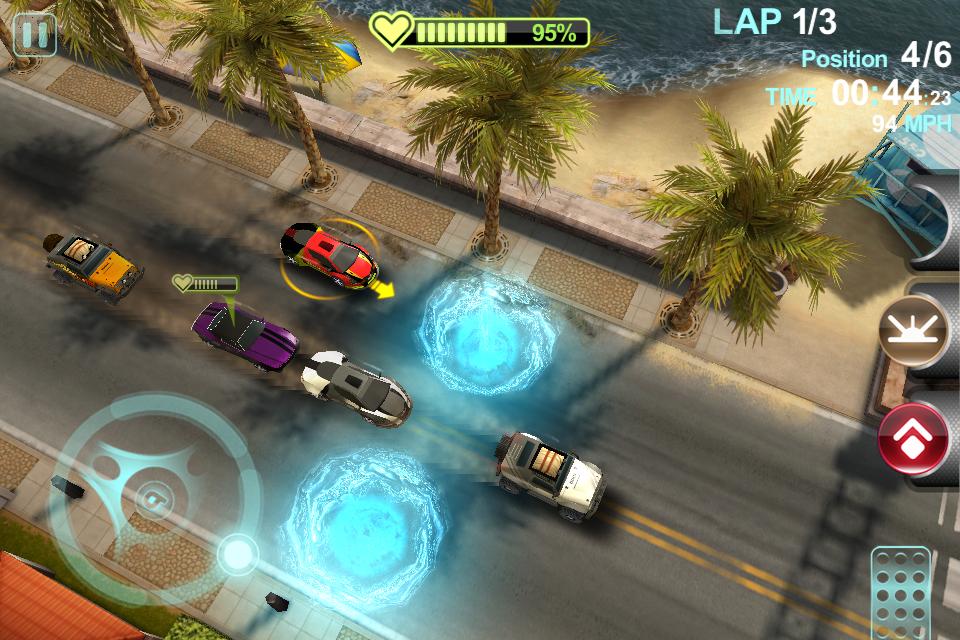 The final title to make it to market was Blur: Overdrive for Android and iOS. Unlike the previous entries, this did not feature licensed vehicles, and the developers opted for a top-down view of the track, in vein of Micro Machines and the shockingly underrated Mashed.

Blur: Overdrive had been licensed out by Activision to Marmalade Play. It came and went pretty quickly, being somewhat ignored by the general public and cast aside as another cash-grab title that’d lure you in with free admission, but break your bank with it’s in-app purchases. Whilst Overdrive did feature purchases of this kind, they were not said to be predatory at all.

The smartphone title featured 25 cars, 8 power-ups, and a whopping 9 different racing modes, including Battle and Eliminator. Boasting over 250 customization options, the game did not seem like it was going to be light on content out of the gate.

Unfortunately, despite my best efforts I have not found a way to play Blur Overdrive today. It was quietly removed from the app store at some point in the last seven years and never really made enough of an impact whilst it existed to really garner a dedicated following. It’s a shame that half of the Blur series is unavailable to fans today, and worse that the IP has laid dormant for so long – though not entirely surprising as the original was the poster-child for the closure of Bizarre Creations.

I’d love to hear what you thought of this fantastic racing IP. Which titles have you played? Do you think it will ever be resurrected?