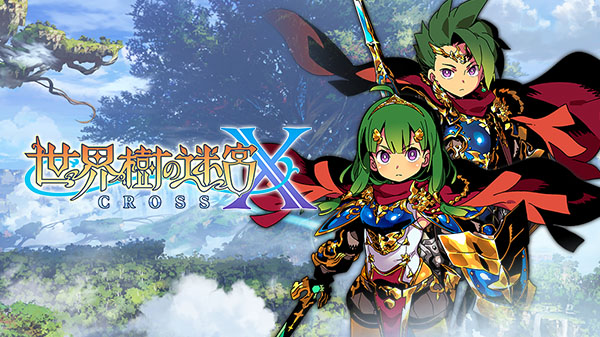 Atlus has announced the latest entry in the Etrian Odyssey series for the 3DS. Called Etrian Odyssey X (Cross), it will be the final game in the franchise for Nintenod’s dual-screen handheld.

Adventurers all over the world. Gather in the flying city of “Maginia,” and aim for the treasure on the remote island in the distant sea.

Under the decree of Princess Persephone, adventurers gathered in the flying city of “Maginia.” Wealth, honor, and possibly unknown adventure lies dormant in “Lemuria.” Keep your pride in your heart, and move forward—.

– A Crossover of Classes

Create your party from 19 classes, including every class from previous Etrian Odyssey games and the brand-new “Hero” class.

Many untrodden labyrinths lie dormant in the new setting of “Lemuria, the Remote Island of the Distant Sea.” The volume of the game is the greatest in the series thus far. Draw maps to your heart’s content! Can you solve the mystery of an ancient civilization?

A crossover of the series’ systems make for the highest quality game. Systems include character creation, sub-classes, Force Burst / Force Break, and difficulty levels. Systems unique to the series such as drawing maps with the stylus are also present.

First-print purchases for Etrian Odyssey X will include the “New Adventurers Illustration Pack” downloadable content, which contains five class illustrations from guest illustrators. The full list is as follows:

The game launches in Japan for 6,480 yen on August 2, 2018. Watch the trailer below. No word on localization yet, but we’re hopeful. Are you excited?