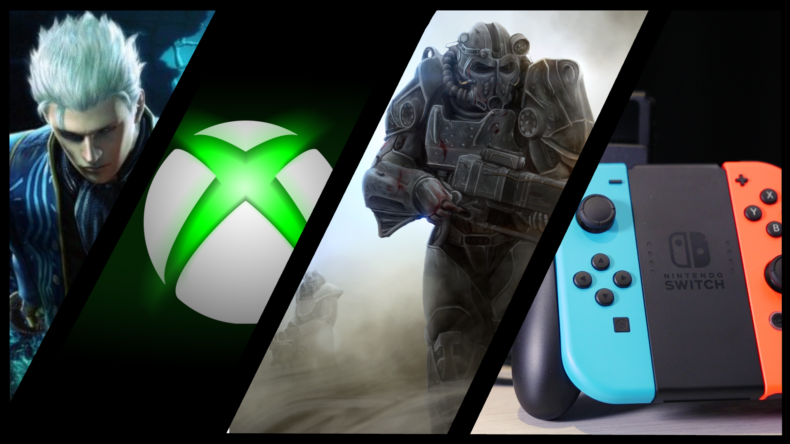 E3 is here, and despite being cynical bastards—we can’t help but still be excited.  Being as hard as it is to be positive about the show these days (and being proved right equally as often), we still hold our breaths each year for major announcements. They sometimes come true and most often do not. Till the truth is revealed however, it’s all heresy and speculation ici. Still, we’ve been thinking about E3 a lot–as you may have surmised from our other lists.

So here, without further ado–are the questions that most burn inside us:

7. What IP’s do Capcom plan to resurrect?

Thanks to the success of Monster Hunter World, Resident Evil 2 and Devil May Cry 5– all eyes are on Capcom. We know that the company is intent on reviving its classic IP’s. The question remains: which ones?  Is there a new Dino Crisis in the works? Is God Hand coming back? Is Okami making a return? Is it a new Viewtiful Joe? Also, what’s up with the future of Resident Evil–will there be a remake of 3? Will Resident Evil 8 be announced? We can’t wait to know more. Also, really hoping for Vergil DLC for DMC 5 as well….

6. What will Bethesda bring to the table?

The company has been quiet so far. We all know that Doom: Eternal will be shown. But what else? Elder Scrolls 6 seems unlikely, but will Starfield be shown? Also in terms of their published titles, we know that Shinji Mikami is attending E3–so what is he bringing to the table? Hopefully, it’s Evil Within 3. Will there be more Dishonored? More Prey? Only time will tell, but here’s hoping.

5. Will the Final Fantasy 7 remake be shown?

Sure, Sony is not having it’s show this year. But Square Enix sure it. And you can bet your ass that they won’t miss an opportunity to showcase their most prized game (and to send some stock value soaring). Speaking of Square Enix, we’re very curious to what else they have up their sleeve. A new Hitman? Could be. A new Deus Ex? Probably not. Still, let’s see….

The original is one of the best, most creative games ever made, and in an example of karmatic justice, actually managed to get a sequel it thoroughly deserved–even if it’s more than a decade and a half-since. The original game still stands leagues beyond what modern AAA gaming is able to come up with creatively–so the bar for the sequel is wayyy high. We can’t wait to see what Tim Schafer and co. have come up with, and are pretty sure it’s going to be something really special.

We’re just hoping that Warren Spector takes the stage during the PC gaming show, and shows off what he and his team have been cooking. While it’s a shame what happened to underworld: ascendant, we’re hoping that this time Otherside studios gets its act together and showcases the epic return SHODAN truly deserves. Also, they can probably fix Ascendant, while they’re at it..

2. What will Microsoft show off?

Gears 5 is looking great so far. But we’re really excited for the company’s purported Indie push. Also we’re hoping for a Cuphead sequel, and more from Ori and the Will of the Wisps. Not to mention, some more kick-ass XBOX exclusives. HALO: Infinite will probably be shown, so we’re hoping that makes the way back into our interest list–despite every evidence to the contrary. We’re also excited that RARE is making a presence, with a new (seemingly) Banjo Kazooie. Hopefully, a new CONKER game isn’t too far behind.

1. What will be Nintendo’s highlight?

We’re waiting with baited breath for the new Zelda remake, and are still hoping that METROID PRIME 4 shows up in one way or another. However, all that aside—the Switch is in full gear, so we’re expecting some epic announcements. Least of which, are (hopefully) SNES games uploaded into Nintendo Online. May god grant us our wishes.

What are some of the questions about that burn inside you? Let us know in the comments below…