Despite gaming as a whole leaning towards the niche in India, the eSports scene is certainly on the rise – albeit slowly but steadily. Dreamhack Mumbai is just one of the stepping stones, as it’s the first time the Swedish company brings it’s eSports event to india – not just that though, it’s also the first time Nintendo’s Super Smash Bros Ultimate gets a tourney scene in India via an official outlet. Hard to believe, isn’t it? Especially since the Big N has no legit presence here. 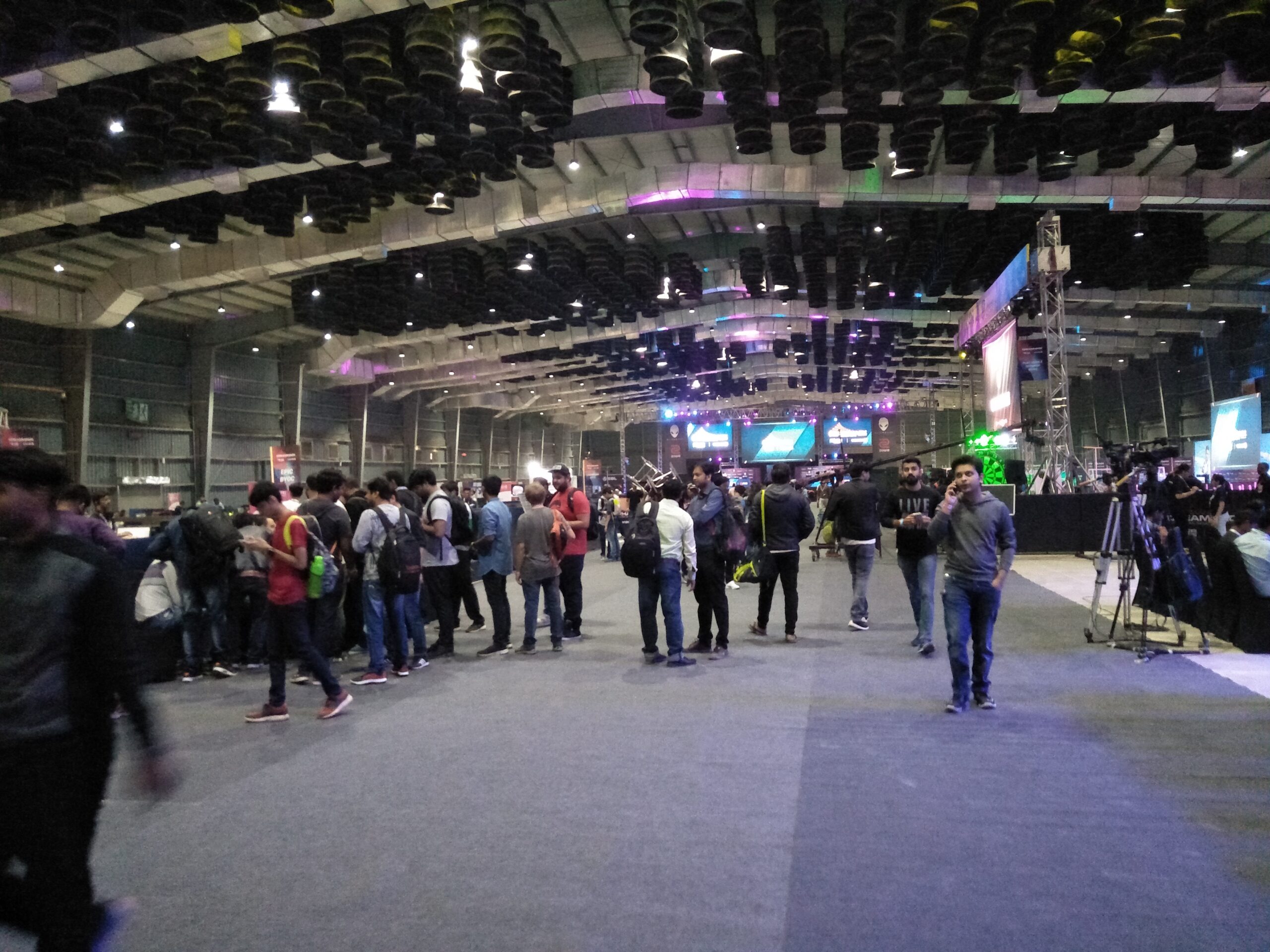 But we were there, strolling through the mild crowd at Dreamhack, gazing around at alloted sections for each game (CSGO, PUBG, FIFA 19, Fortnite, being some of the highlights) until we came across the fairly modest cubicle set up for Super Smash Bros Ultimate – about half a dozen monitors each with a Switch sitting alongside, some lit up with heated 1v1s as someone’s Yoshi slammed a Peach off-screen- ah, wait.. for the uninitiated, Super Smash Bros Ultimate is the latest installment in Nintendo’s nearly 20-year-old platform fighter franchise, where popular (and niche) video game characters from both Nintendo’s basket as well as third-party guests collide to duke it out. 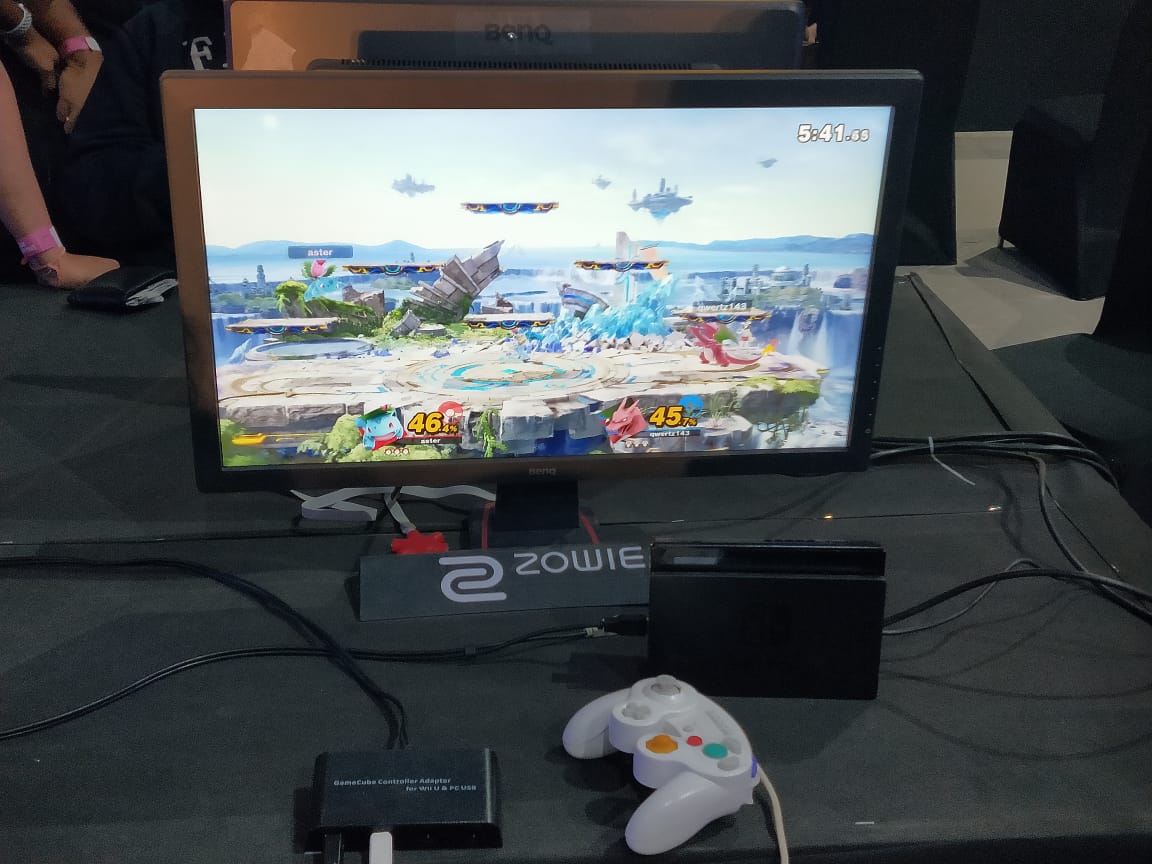 It’s certainly not your traditional fighter as there are no health bars (instead there’s a percentile based mechanic that throws the character further away the higher the number is) and the focus is on knocking the player off the stage; and that’s what makes it so special – there’s nothing like it out there, and it brings a whole new nuance to the fighting genre. To add to that, Ultimate certainly lives up to name due to it is the definitive Smash experience for both veterans and newcomers; boasting a massive count of 72 fighters (additional 5 more to come via DLC, one of them being Joker from last year’s hit JRPG Persona 5), it is PACKED with content to customize your fighting experience.

This was also the first time I seriously dipped my toes into the competitive Smash aspect and oh boy, was it thrilling. Multiplayer Smash is some of the most addictive gaming experiences I’ve had in a while; it’s chaotic, fast paced and most of all, fun yet deep.

Nearly each character is unique in terms of playstyle, and each one is faithful to their main game versions: Shulk’s (Xenoblade Chronicles) Arts are accounted for. Inkling (Splatoon) actually has an ink gauge that needs to be refilled when empty…and more.

The game is also incredibly easy to pick up and play, as there’s only two main buttons for attacks and the D-pad movement input, besides “shielding” and “grabbing” triggers and the two jump action buttons that is. 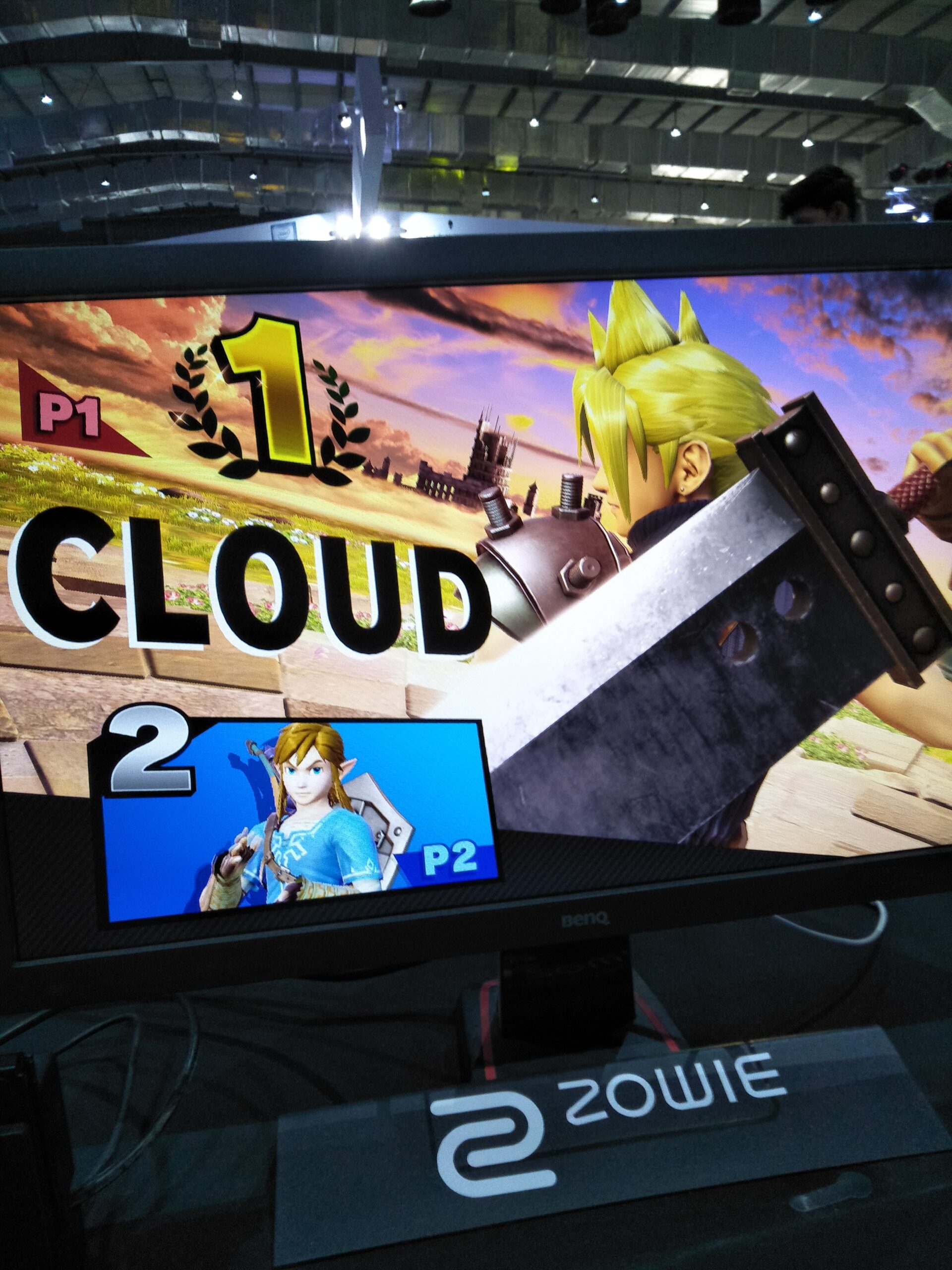 In my case, Cloud (Final Fantasy VII) clicked for me, and I even held my own against some of the better friendlies on the show-floor – but to actually get good with your main, you’ll need a lot of practice – to no one’s surprise.

Now you might be wondering how Smash came to be at Dreamhack Mumbai in the first place? Well, it’s all thanks to Nitin “qwertz143” Rao, one of India’s best Smash players who hails from Bangalore. His ongoing efforts from 2015 to popularize Smash in India and more primarily, attract Nintendo to set up shop here have been successful….at least as far as the former is concerned that is, as it lead to this golden opportunity for Smash to be featured at Dreamhack Mumbai in the first place. 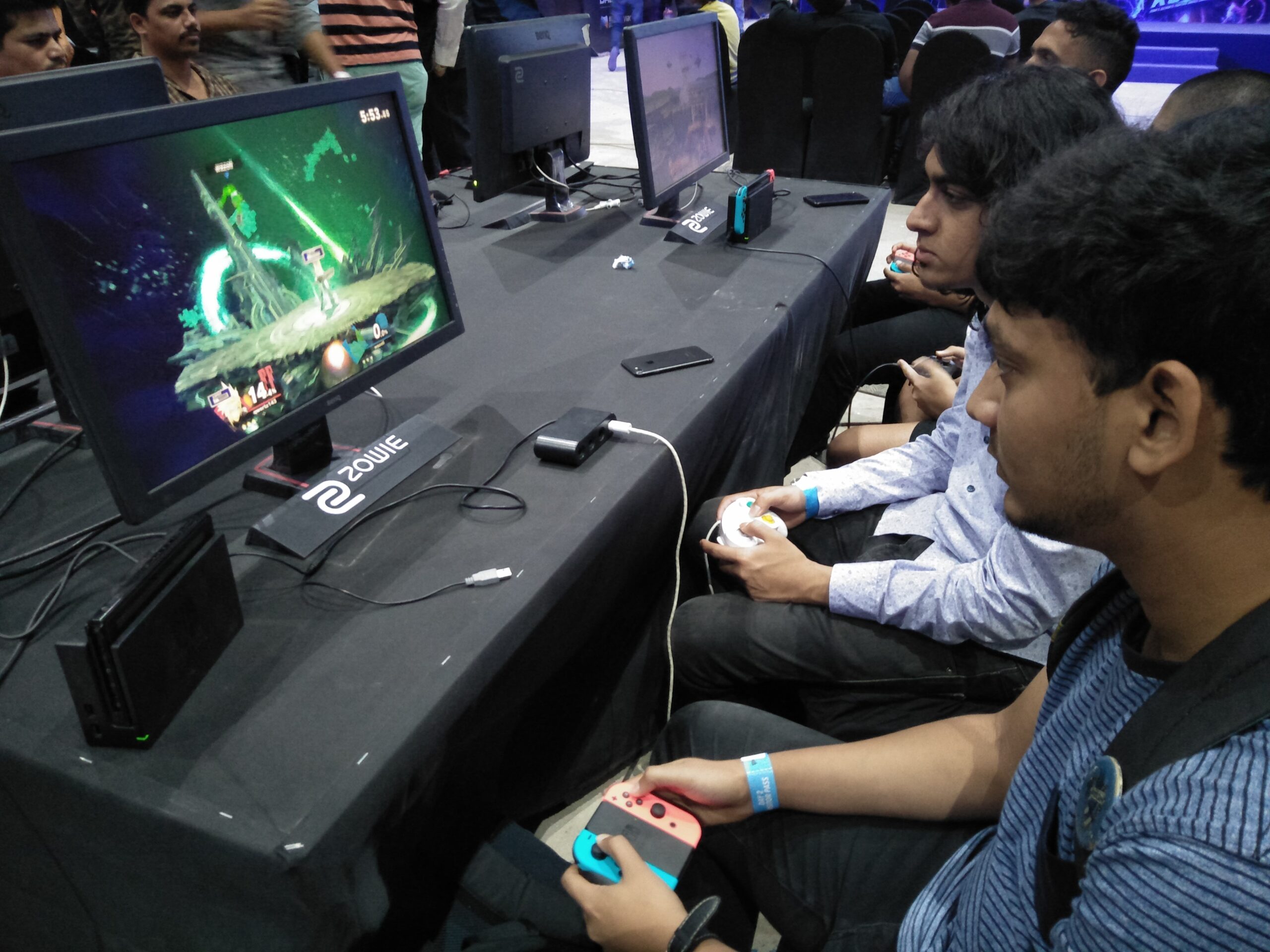 I also noticed something interesting at the event – curious onlookers who’ve never even heard of Smash before, were attracted by the accessibility and familiarity (in terms of popular characters, like say Mario or Pikachu) of the game. The look of puzzlement on a newbie’s face as they try out move-sets and figure out the movements of various characters till they come across a potential main, where it just clicks – that’s the magic of Smash, bringing newcomers and veterans alike under one roof. In that aspect, Smash Ultimate’s feature at the event was a raging success. 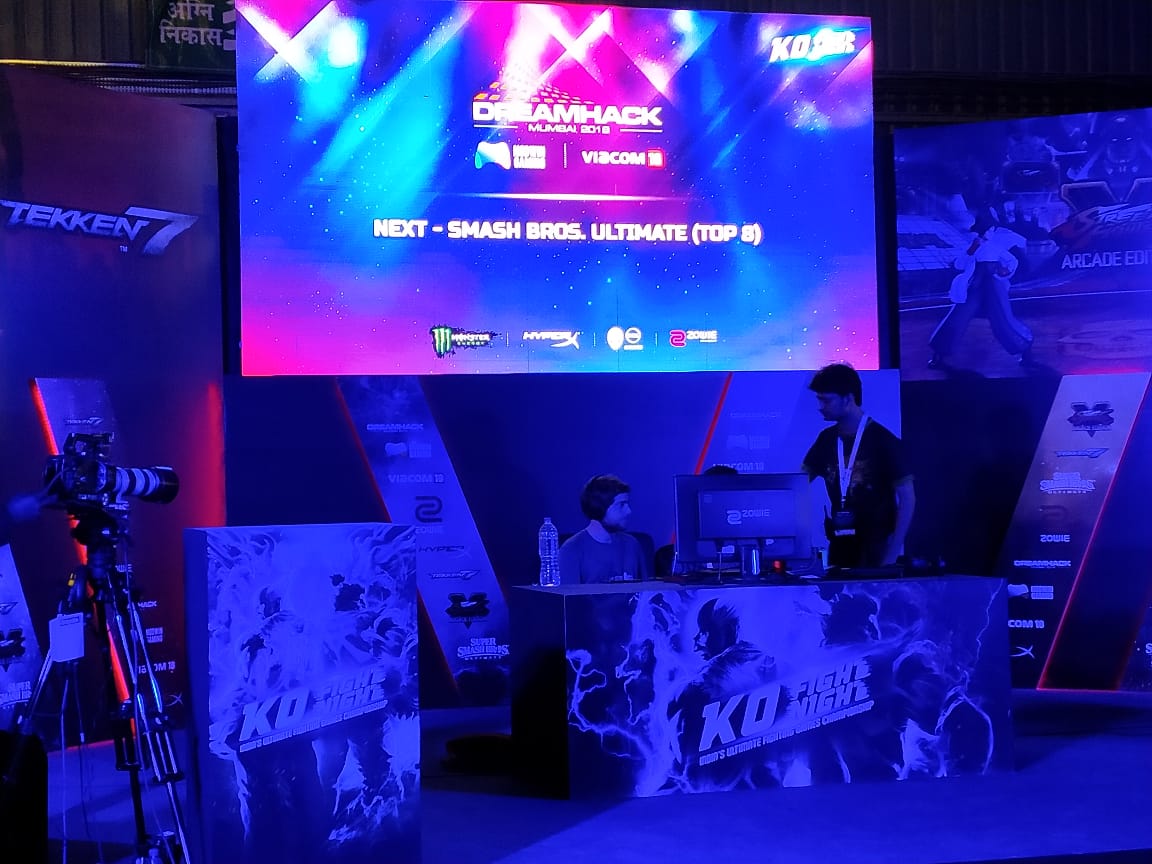 And speaking of magic, the competitive matches were mesmerizing, with players clicking away at their GameCube controllers as they frantically executed calculated combos to evade and dish out punishment against opponents. Of the 32 entrants, Diddy Kong mainer Neath emerged victorious – he’s a Smasher who flew all the way from France to compete in the tournament. Nitin himself participated as well, ranking 7th with his Peach.

Overall, Super Smash Bros Ultimate fared better than I expected at this Indian gaming expo where CSGO and PUBG reign popular – and as a Nintendo fan, that makes me happy… a “smashing” debut for Nintendo, hands down. Here’s hoping it proves to be a contributing aspect to a potential Nintendo Of India.