Why Doom Is My Stressbuster: : Talking About The FPS Of The Generation 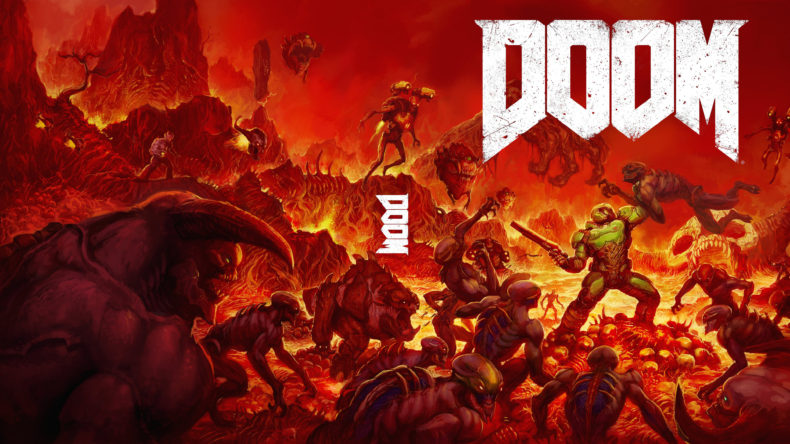 For all the games that feature violence, there are very few that embody it like Doom does, especially the 2016 reboot, which has been fantastically sewed with elements that made the FPS genre relevant in the first place, together with all the perks that modern technology has brought with it. In an age where games have become automated to the point of quite literally playing themselves, Doom was a much needed respite from the poor quality titles that AAA publishers/developers have been pumping out for the better part of the decade.

Doom is exactly the type of game that doesn’t fall prey to the increasing demand of simplified and dumbed down products for the sake of the often thrown around term, “accessibility”. It feels like something that was made by people who had the attitude of the Doom guy where any obstruction, was just a shotgun trigger away from being pummeled to a mush and then glory killed in a way that makes you feel like the badass you have always dreamt of being. The lack of trying to emotionally impact the player using extremely superficial and super-cliched cut scenes is a welcome exclusion.

The stimulating experience of glory killing each monster to find out which organ you smash to bits, the sheer depth that the game’s level design offers and breakneck pace of the gameplay, not only make the game greater than the sum of all its parts, but its parts become greater than the game design motives behind most of its contemporaries. The feeling of oneness with the in-game character that Doom induces within the player is something that few games are able to replicate due to their rigid understanding of the word “immersion”. It’s easy to get lost in the game’s world because “you can go to any location that you can see” (For the most part) unlike the scenery that most modern games present the player with, blocking them off with carefully placed invisible walls. The game is definitely linear, but not in the same way that most modern corridor shooters are.

The levels are expansive and feel like actual environments littered with character upgrades, weapon upgrades, power ups, hidden levels and weapons rather than a bunch of cardboard boxes stacked together with narrow passageways connecting them all. The verticality and layering of the levels provide many exploratory routes, which for the most part are worth the time invested. While we have been dropped in increasingly redundant open worlds this generation, following more way points than ever before, Doom is probably one of the few linear games that has a real time map system and implements it well. While the system may be inspired from Metroid Prime, it’s not there for the sake of just being a feature, it is there for the times when one gets lost in the almost labyrinthine levels. Yes, the destination points are always marked, but for getting to the designated location, one might need to have a look at the map to make sure there is not a cliff-side towards where you are headed.

As for the gameplay, Doom can be described in one word- visceral. Most of the design decisions in Doom don’t make sense realistically, such as health and ammo bars popping out of glory killed enemies or by running a chainsaw from the cranium to the Gary Glitter of some random hellspawn that thought it would gain up on me when I was out of ammo. Every level, every sequence, every trigger pull feels powerful. It is one of those games that act as “power fantasies”, where I can sit down, crack my knuckles and start mashing the button to the tune of the eargasmic soundtrack that the game features. Heck, the paint on the left button of my mouse has worn off after I started playing Doom because of the intense amount of pressure I apply on it.

It’s easy to overlook some of the small design choices that make Doom relentless yet addictive at the same time, one of which is the mobility. The lack of -fall damage, reload, loss of accuracy while moving etc allow the player to traverse the maps in a fearless manner, but  enemies are no slouches with various attacks patterns that can stop the players mid air. With the movement speed equivalent to vehicles in most other FPSs, dodging projectiles/attacks becomes a huge part of the gameplay rather than hiding  behind covers.

All this satisfaction couldn’t have been achieved if the sound design wasn’t up to the task. Without doubt iD Software nails even this segment with utmost care as the raging OST transitions into the ears filling the void of silence that prevails when out of combat. The brilliance of of Mic Gordon’s composing combined with the player responsive soundtrack, makes the player feel at home with the game. As the soundtrack seeps in, I feel adrenaline rushing through my body, ready to to rip and tear.

Doom is a game that not only emphasizes speed and old school carnage, but also reestablishes itself as a franchise in a genre that has been off track for a while now. While most FPS games in the past few generations have made gamers accustomed to pop and shoot to conserve resources or rather regenerate them, Doom smashes that norm by punishing players who want to conserve health and ammo. Doom encourages players to get into the thick of battle with all guns blazing and wants you to have fun in levels that are made for running circles around enemies.

All of this contributes to an incredibly satisfying experience on all fronts. Coming from a day of stress and mindlessly, yet efficiently taking out Barons of Hell might as well be among the top 10 most satisfying moments in a hypothetical list of “Most Satisfying Moment to Moment Gameplay Loops”. The Doom guy embodies all this pent up stress as he leaves monster corpses in his wake.