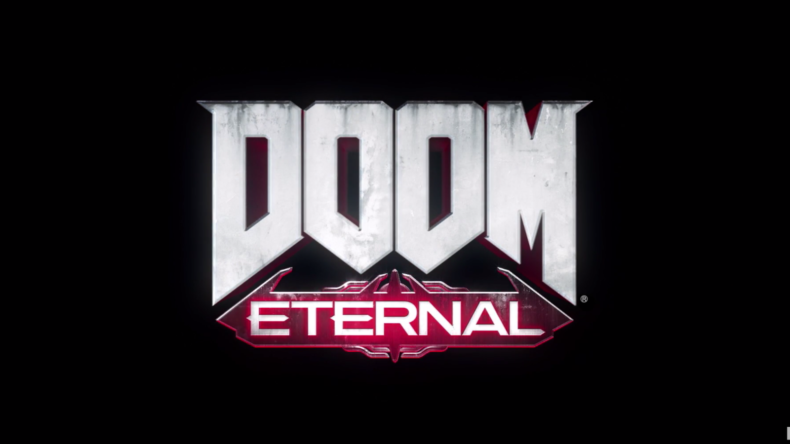 E3 had left us (as huge fans of Doom 2016) like a dog who’s favorite bone had been hung up too high out of reach; revealing that Doom was getting a sequel WITHOUT ANY F***ING GAMEPLAY video. I could ramble on about how USELESS (At least for the most part) Bethesda’s conference was- revealing jack shit about two highly anticipated games that they announced (Starfield and TESVI), THE ELDER SCROLLS FOR MOBILE with CONSOLE QUALITY GRAPHICS and Skyrim for Alexa. I needed redemption and Rage 2, in spite of being an extremely fun looking game, did very little to quench my thirst for blood. *Phew* Now that that’s off my chest, I can begin my pre-mature analysis about Doom Eternal from what little we have all seen and ponder about where it stands with 2016’s stellar reboot of the franchise.

Right off the bat, the reduced speed of movement is noticeable which came as a bit of concern to me considering that Doom was universally praised for it’s speed and push forward combat (A result of the character having the speed of a car). I kept on wondering why they had done so till I realized that the claw like attachment under the shotgun was actually a grappling hook. Grappling hooks (Or similar mechanics) seem to be the new trendy thing apparently as we have seen with- Dishonored 2, Batman, Just Cause etc. From Soft and iD Soft, both seem to be taking notes by adding this mechanic to their upcoming titles. Not to mention, DMC5 is going in the same direction although it’s ‘actual’ and ‘not-so-actual’ predecessors, both had similar mechanics.

Following the revelation of the grappling hook, we are introduced to the dash; a hugely welcome addition for me personally, especially because I had extremely frustrating times with those pesky pinkies who would take hits like a champ to the face, contrary to what the hints said- ‘If an enemy has a head, it’s a weak spot.’ All in all, this makes me feel like the game is slower and faster at the same time. I am expecting that the game will sport upgrades for these mechanics as we saw with the guns/armor in the previous game. Both of these mechanics when combined add a lot of verticality to the combat. They remove a very small gripe of mine from the previous games- remember all the times those Kakademons were floating above non-corporeal areas and then you went in for the glory kill after pummeling them down with bullets but your pressing the glory kill button after jumping towards them didn’t register and you fell to your own demise because you missed that naughtily grinning red blob of meat by a millimeter? Was it just me? (I hope not). With the help of the grappling hook and the dash, I genuinely feel that I would get a much needed second opportunity at staying alive after overestimating my ability to jump.

The team at iD Tech seems to have been inspired by Prince of Persia/Titanfall for this game since it also has elements of parkour with all those bar swinging and wall climbing sections. And by elements, I literally mean elements which comprises of maybe 1% of parkour (At least from the reveal trailer anyways). But then again, we have just seen 1% of the game which is quite negligible and isn’t at all a clear indication of what is to come.

Weapons are being shuffled up a quite bit as well with the combat shotgun, not doubling, but tripling as a shotgun, a chaingun (Chain-shotgun?) and a grenade launcher depending on the attachments which hopefully will keep the gun relevant till the end unlike the previous game. Ironsights (Or zoomed in view) from both shotguns (Combat and super) have been removed for various attachments thankfully. The plasma rifle finally has some punch to it rather than feeling like a futuristic water gun *pew pew pew pew pew*. The rockets launched by the rocket launcher are considerably faster as well probably to compensate for the reduction in character movement speed. I still don’t get the point of the sword/blade that is docked in Doom guy’s left hand. Was it supposed to make the game more gory, because I feel that tearing up a skull with bare hands is more gratifying than beheading/slicing it in half. I am speculating that it’ll have some kind of Deus Ex: Mankind Divided mechanics, where the knife can be shot at an enemy and called back (After upgrades).

The level design looks stellar as usual consisting of wide open areas and with the addition of parkour ‘elements’, dash and grappling hook, I am really excited to see what kind of creative levels we’ll get to experience. An interesting, albeit not so surprising addition was that of the invasion mechanic. It has been there for quite some time now in games like Dark Souls. Doom however gives it a unique twist by making the invader, one of the demons that you fight in the levels while also allowing multiple players to form a party and gang up on one Doom guy.

I didn’t even mention that enemies can be dismembered now or rather they are destructible (Whatever that means in Doom’s universe). Can’t elaborate much on that without further looks at how it works.

When all is said and done, I was left pretty impressed by what was shown in the gameplay reveal. It still looks a bit rough around the edges, but this is the first build, so the developers have ample time to polish things out.

AND OF COURSE, I LOVED THE POLITICAL STANCE THAT THE STUDIO TOOK:

REMEMBER: DEMONS CAN BE AN OFFENSIVE TERM. REFER TO THEM AS MORTALLY CHALLENGED.

Here is the reveal for you guys to enjoy:

by Juste Rayge on June 1, 2020
Hack and slash games used to pop up frequently on the PS2. One game tried to defy another with its mechanics, story and the combo system. It was surely a generation teeming with so many titles. There was quite a variety of games to pick from Devil May [...]
Comments
Leave a reply