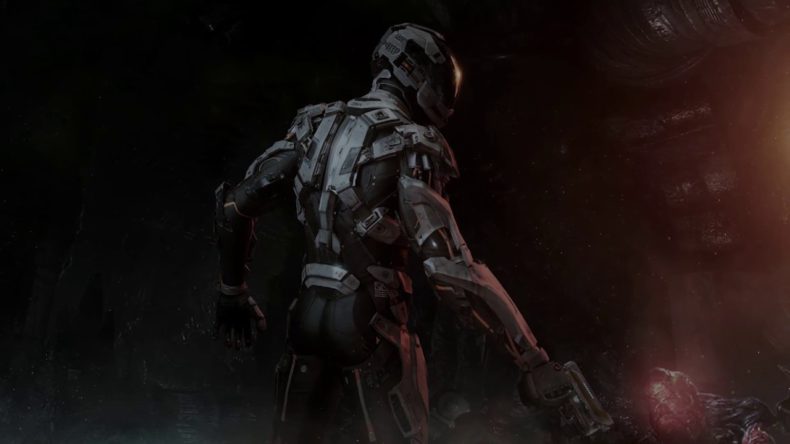 The team at Massive Work Studio has pulled a few strings and has officially announced that Dolmen is still happening despite missing its initial Kickstarter goal. Dolmen will continue crowdfunding on Crytivo. The crowdfunding platform, like Kickstarter, offers players the option to back games that interest them most, but with a nice twist; Crytivo does not endorse games that feature exploitative loot boxes, microtransactions or pesky day-one DLC.

In Dolmen, you awake below the surface of the hostile alien planet known as Revion Prime. With no answers as to how you got there, or what happened to your crew, it is up to you to discover the secrets that the planet holds. Prepare to face nightmarish creatures along the way as you practice the two keys to survival: adaptation and exploration.

Dolmen challenges players to adapt to survive against the harsh elements and eldritch monstrosities belonging to a hostile alien world. Players crash-land onto Revion Prime, the location of the greatest recorded massacre in galactic history. The corpses of those who lived there long ago and lost their lives to war orbit the planet — like a mass grave suspended in time. As the sole survivor of a crew of astronauts, pulled from charted space and abducted into a distant future, you awake below the planet’s surface with no supplies. Being alone on Revion Prime is like having been forgotten by life itself. With no answers as to how you got there, or what happened to your crew, your journey begins in the dark.

Dolmen presents players with a one-of-a-kind experience that boasts an enthralling storyline, chilling yet beautiful alien world, and behemoths that are sure to knock your socks off more than once.