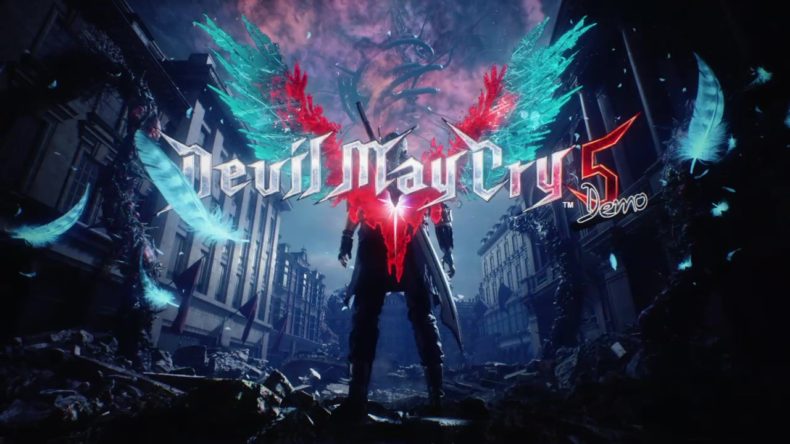 I admit it took me the second try to beat the recent DMCV demo – I wasn’t able to defeat the Goliath in the first try neither did I manage to get an SSS style rank, despite playing through the demo a dozen times…. I wonder if the gaming community will accept me.

In all seriousness though, having recently gotten into Capcom’s Devil May Cry games (primarily 1, 3 and 4), I’ve been enjoying them in my own noobish way of spamming some of the easier and familiar attack patterns and trying my hardest to “git gud” at the game. Consequently, the DMCV demo has been on my radar since its announcement for the Xbox One and PS4 (Since I own Sony’s black box and wasn’t able to play the earlier demo which was exclusive to Microsoft’s black box). A dozen playthroughs of the demo later, here I am, writing about the game, all the while itching to get back into it as soon as possible to get that Smokin’ Sexy Style rank.

(note: I played it on the PS4. Also switching off auto-combos in the game was one of the first things I did).

The demo puts the player in the shoes of Nero, the half protagonist from DMC4, with him now having taken a few pages out of Dante’s book on how to be a more charming guy – like uncle, like nephew I guess? Apart from that, his basic combat style and combos are pretty much the same as they were in DMC4 with the addition of Devil Breakers, fully controllable camera (for the most part) and more polish to the animation quality.

They have however changed the control scheme of the “Split” ability. In previous games, the same move would require you to push the left analog stick forwards when in the air while locked on whereas in DMC5 you have to pull the stick backward. Now apart from going against the muscle memory of veterans (which I am NOT), “anatomically” speaking, if I am pulling back the analog stick for launching enemies upwards, wouldn’t it make sense to have the pushing motion for slamming them into the ground? It was a part of the previous games after all. I know, I am making it sound like a big deal, but it’s not because I got accustomed to it rather quickly. In other news, charged shots have been modified to hold 3 shots once charged.

Devil Breakers in the game replace the Devil Bringer from the previous game and are the biggest change to Nero’s arsenal. According to the story, a hooded individual cut off Nero’s Devil Bringer some time in between DMC4 and DMC5 which was then replaced by a bunch of human-made arms called Devil Breakers, each with its own set of abilities. In the final game, there are about 8 of those if you exclude all the extra bonuses that will be available from pre-purchases.

These Devil Breakers are extremely powerful if used right and hence to balance the game out, the developers have made them destructible or if you want to go by the lore, you could just say that since they are human-made, they are fragile against the mighty demonic powers. This just means that they’ll break in case you get hit while using them. Breakable weapons may sound a bit offputting in an action title like DMC, but fret you need not since they are plentifully littered around the map. All Devil Breakers can be used in 3 basic ways- tapping the circle for the base attack, long pressing the circle button for a charged attack (which also destroys the Devil Breaker) and in case you end up being snacked on by a demon, you can press the L1 button to create an explosion to escape the demon’s grasp while leaving a smoky taste in its mouth, which again results in the Devil Breaker getting destroyed.

In the demo, three of these are available for use- Overture, Gerbera, and Punchline. My personal favorite was the Gerbera due to its wide range of applications – it can be used as a dodge or to launch enemies into the air or to prolong air time with a combination of enemy jumps and mid-air combos. It also has two types of charged attacks depending on whether Nero is in the air or on the ground. Needless to say, I had a lot of fun just launching enemies into the air and juggling them around with the Gerbera.

Overture is a palm strike- a powerful short ranged attack that OHKO’s any cannon fodder enemy while the charged attack results in a huge explosion. It can even parry boss attacks and that makes me wonder of all the interesting effects other Devil Breakers could have on various bosses in the game. Punchline is essentially a missile-  tapping the circle button homes on to a target and keeps them engaged for some time while the charged attack lets you be a pro skater, just with the twist of having the missile as the board. It again is extremely fun to use and can be used as a good mobility option if you have a high style rank because higher style rank allows more air time on the board before it explodes.

A small niggle for me is that neither can the Devil Breakers be switched on the fly nor can they be arranged in the way you want to use them. To use another DB, the one currently in use needs to be destroyed; so in case you want to use the third one, you better be ready to destroy the preceding two. I understand that this might have been done to keep the game balanced and not overpower Nero, but I would love to see multiple Demon Breakers working on conjunction. Who knows it might even be a feature in the main game since the right trigger button has been left unassigned as a control input for Nero.

Overall, I had and still am having a blast with the demo, trying out little tricks and trying to better myself at the game. At the end of the demo, “Devil may cry is back” flashes by and that sentence couldn’t be truer. Capcom is back in form for real and I can’t wait to get my hands on the game.