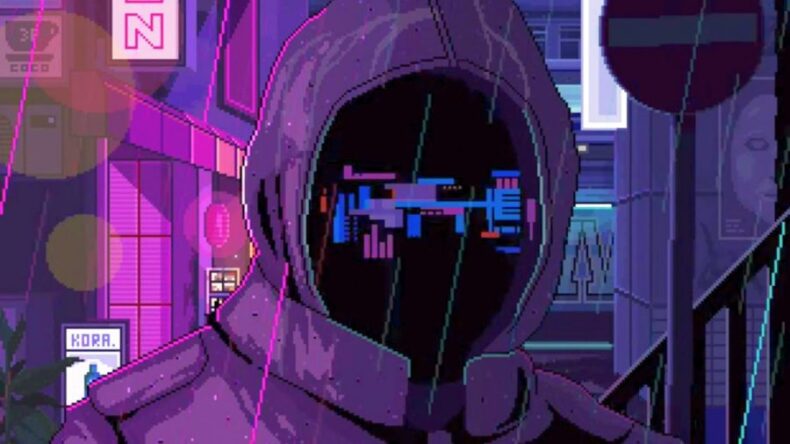 It’s always nice to see a passion project come to life, and VirtuaVerse is one of those games.

Developed by Theta Division, a small team of artists and adventure game enthusiasts one can see that a lot of work and passion went into this game.

VirtuaVerse is a cyberpunk point-and-click adventure game, set in the near future that is eerily realistic.

You play as Nathan and wake up one morning accidentally smashing your AVR headset and finding out that your girlfriend Jay is missing. The first order of business is getting your AVR headset fixed so that you can start to figure out what happened to Jay.

The AVR (Augmented Virtual Reality) headset is the essential item in the game, and once it’s fixed, it can be used to solve various puzzles.

However, the AVR is more than just an item used to solve puzzles, as it also changes how the world is presented. Once you turn it on, you will see various ads, AVR graffiti and people will have a different appearance. Just because someone looks rich, doesn’t mean that they are. One of the main plot points is that people are sick and tired of the real world, so they use AVR glasses to quite literally escape to a better world. 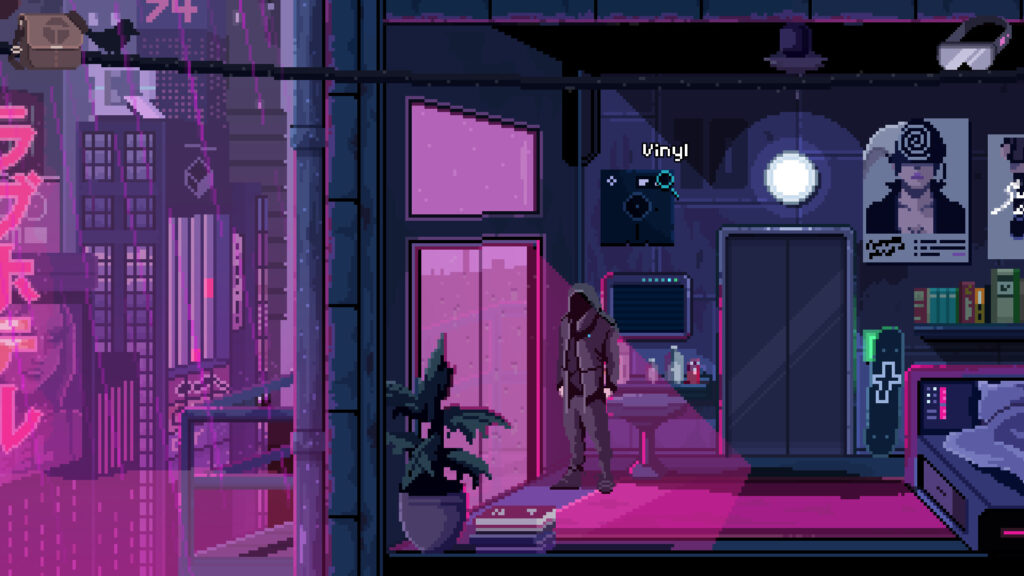 The setting and world-building are some of the best things the game has to offer. Almost every aspect of the world is explained, from the environment, technology, and even the political situation is fleshed out. Puzzles become easier to solve based on information that players are able to grasp. A large part of the story is the gangs and their activities. Various gangs in the game also have interesting backstories, and they only complete the feel the game.

Surprisingly, there aren’t many inventory puzzles. The puzzles in the game are mostly reliant on the environment and dialog. They require that you pay attention to the environment and dialog, which is an excellent design choice. One of the downsides is that the dialog drags on a bit too much at times. You can also talk to the characters about a variety of things, and learn more about the world. There is also has a bit of pixel hunting, but fortunately, this isn’t as often as much.

VirtuaVerse is also not set entirely in a typical cyberpunk city, and there are other surprisingly well fleshed out locations, such as the junkyard, remote villages, and so on. All of these locations are unique and have detailed backstories that work well in the overall setting. It gives out the feeling of a deep world that you would want to explore.
Despite modern technology, older computers and systems are still being referenced and even in use. There are references to old computers, BBS, and at one point even today’s internet. You can tell that this was designed by someone who loves computers and knows his stuff. 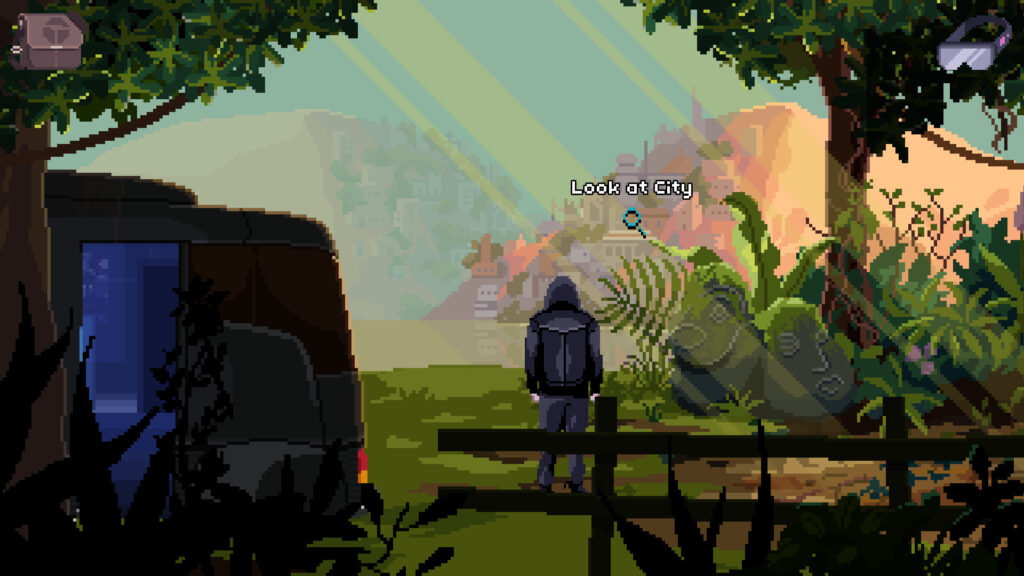 The presentation in the game is amazing, considering this is an indie game. Both the music and the graphics are amazing and will continue to draw you into its world. All of the graphics were made by Valenberg, a very talented artist, really manages to capture that cyberpunk feeling, while the music (created by MBR) perfectly fits into the setting. There is a lot of love put into this and it shows, and the results are great.

Sadly, the game is not without flaws. Some typical adventure game issues could have been avoided, such as backtracking (in one part of the game, it’s literally to get one item), the dialog can go unnecessarily long, and the text highlight for the answers can bug out (but this doesn’t break the game). The opening is slow and requires patience from the player, and the game truly opens up after some 15 minutes. After this, the game finds its pace, but it takes time to get the story going. It’s okay that the game takes it’s time to establish the setting, but the introduction to the plot could have been a bit faster.
Also, there is no voice acting in the game, for better or worse. Hopefully, there will be voice acting in some future definitive edition.

Overall, if you like cyberpunk games or stories VirtuaVerse is a good recommendation. It may start slow, but the world-building and the presentation are enough to keep you draw in. Not at all bad for their first attempt, and I hope we can see more games from them.