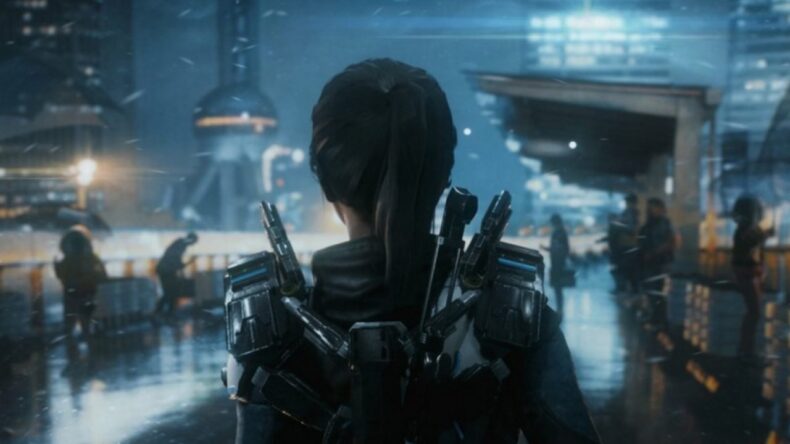 We’ve come a long way since the days when indie games were simple projects, ideas with humble origins that rarely stood up their AAA brethren in scope and technical aspects. Now modern game development tools and software aim to bridge that gap between the two and offer the developer more power than ever before to bring their creations to life. Indie titles that directly taunt triple-A behemoths are the best example of this – and two such instances come to mind: Lost Soul Aside and the more recent Bright Memory.

The latter is perhaps more impressive in the sense that it is still an underdog that is on its lone wolf journey for glory compared to the former, which now has the backing of a major publisher like Sony – but is still interesting nonetheless. But the FFXV-inspired action RPG isn’t what we’re here to discuss, rather it’s the over-the-top cinematic action FPS that we’ll be analyzing: Bright Memory.

It’s developed by FYQD Personal Studio and aims to meld the hectic intensity of character action games with the mass appeal of first-person shooter games. Dubbed “Episode 1”, what you purchase on Steam right now is technically nothing more than a demo that lasts a little over half an hour. That’s enough time to get a feel and direction the final game (called Bright Memory: Infinite) may take. Is the demo worth the purchase? In short, based on my hands-on with the game, it’s a solid YES, assuming certain caveats are dealt with. Moving on to the longer answer….

In with the good:

For a one-man production, Bright Memory impresses in many aspects: Built with Unreal Engine 4 (albeit stock store assets), it showcases a lot of what the engine is known for, especially the lighting system. The environments range from a small sci-fi arena to corridors of forests, caves and ruins – all fairly atmospheric. Character models are of good quality and detail as well across all settings. Voice acting is handled well too (although the writing is understandably weak).

Now it’s time to detail the star of the show: the combat – it’s standard FPS gameplay augmented with different abilities: energy slashes, time freeze bubbles, lightning AOE attacks, and so on. There’s over a dozen of them to unlock via experience points (obtainable as enemy drops) and most of them feel versatile too; two runs are enough to purchase everything. Maneuvering feels like your typical arcadey FPS but includes a dash mechanic like the one in the recent Doom reboots. Of course, all these goodies would be useless without a solid variety of baddies to combat against, and Bright Memory manages to satisfy: be it generic masked soldiers or the myriad of hybrid monstrosities. How you play is also judged via a DMC style alphabetical ranking system.

So far so good, but it’s not flawless in any way.

…out with the bad:

The story is run of the mill: secret agent Sheila infiltrates the SAI military facility with instructions from a professor at the Science Research Organization. Her aim? To thwart the foe’s attempts to resurrect the dead. As video game plot-arc follows, everything goes wrong as a portal sucks everyone into a mysterious floating land about the Arctic, dotted with dangerous creatures out of fantasy books.

The journey takes our protagonist through areas that would be right at home in a Tomb Raider game, featuring scenic corridors of flora, dark foreboding caves, and moss-covered ruins. There are even some light platforming sections and hidden artifact collectibles. Unfortunately, most of this  goes against the combat design mantra leading to some frustration. Three major issues being –

Regardless, these blemishes don’t do much to spoil an otherwise impressive showcase – even considering how the journey as a whole is a hodgepodge of titles we’ve seen before. The developer won’t be updating Episode 1 as work on the final game is in full force, so here’s hoping it’s as polished and well designed as it deserves to be. And if it is, it just might end up being one of the best, brightest indies in recent memory.