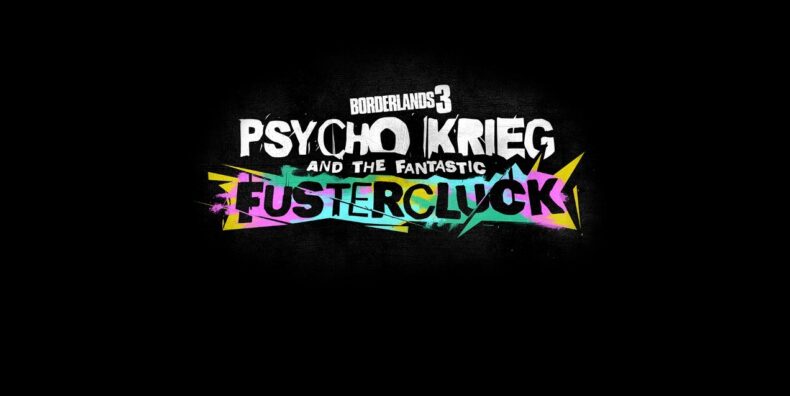 The final expansion for last year’s fun-but-disappointing looter shooter from Gearbox Software dropped recently. Unsurprisingly, it tries to end the Borderlands 3 adventure with a boom and a bang. While this DLC is to Borderlands 3 what Tiny Tina’s Assault On Dragon Keep (or TTAODK) was to Borderlands 2, it fails to live up to its last-gen counterpart – despite spontaneous moments of equal brilliance. 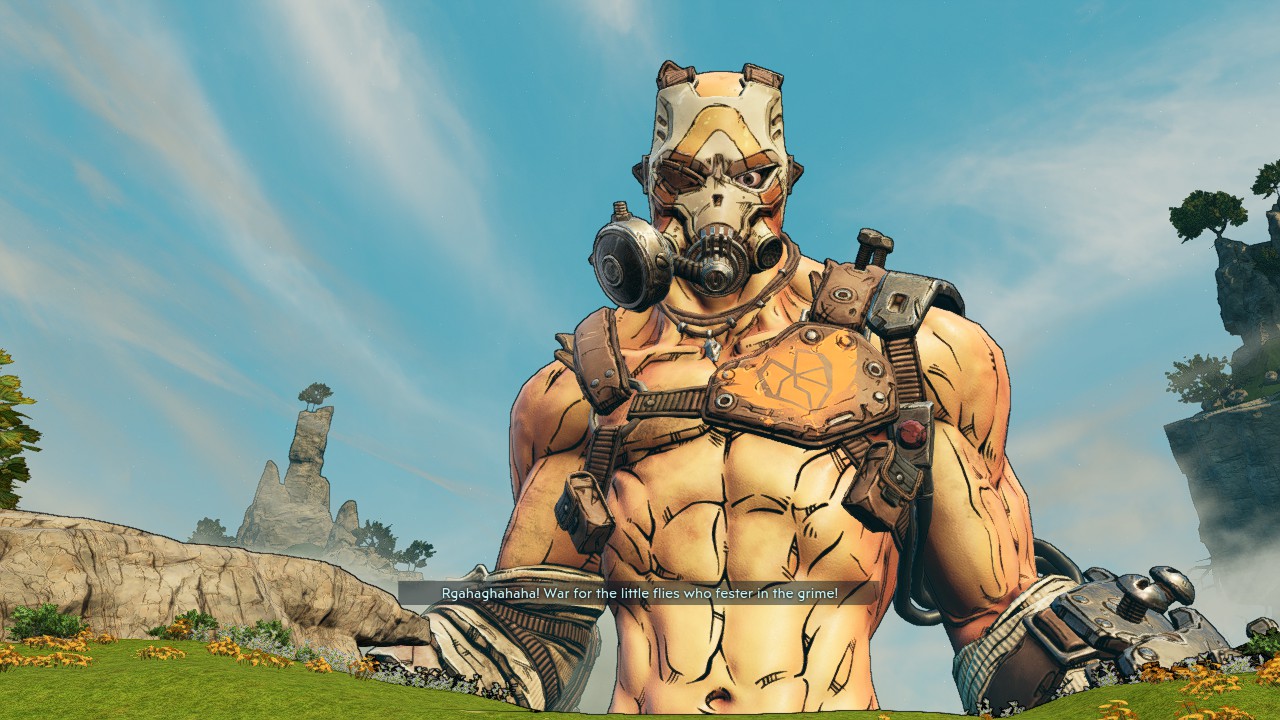 THE CONDUCTOR OF THE POOP TRAIN IS BACK!

So what’s the deal with this new DLC? For starters, it’s all in the name: Borderlands 2’s playable pycho Krieg is the star of the show – indirectly at least. The scientist Tannis wishes to study the inner workings of a typical Pandoran madman’s mind, inquisitive about what makes a psycho… a psycho. What better choice than Krieg with his dual sane and insane alter egos? Thus, in pursuit of what could be a revolutionary scientific finding (as per Tannis), the Vault Hunter is tasked with being a guinea pig to enter the friendly psycho’s mind. The objective? Brave Krieg’s realm of madness and find the root of the cause – something shrouded in mystery, simply dubbed Vaulthalla. 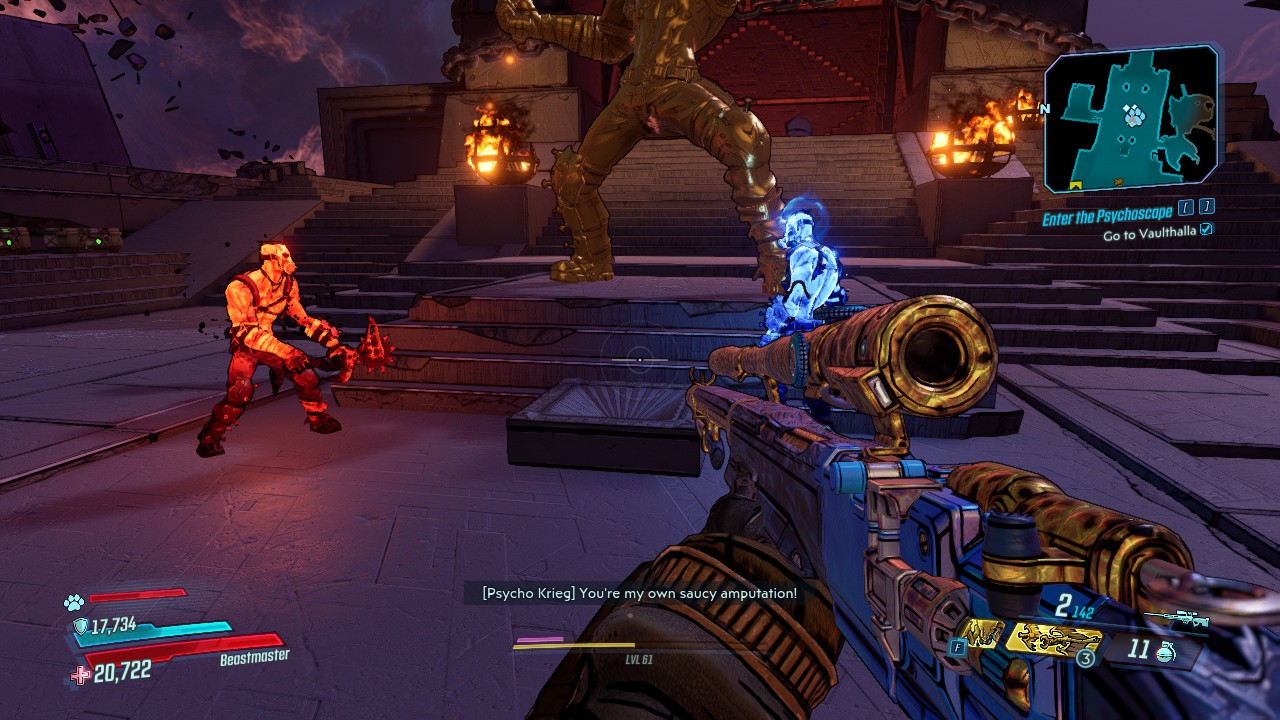 Stuck inside Krieg’s psyche, having to deal with the constant turmoil of the psychical manifestations of his sane and mad sides each, the Vault Hunter literally goes down a trip through memory lane. Places, people and memories from the psycho’s past – including his favorite blue-haired, glowy tattooed person, Maya – turn into real, warped manifestations that will help or impede the Vault hunter’s progress.

The entire journey takes place across several different areas, each with eyebrow-raising environment design so trippy that nothing besides a mind high on weed could’ve explained it. Yet as good as the DLC is overall, I couldn’t help but feel a sense of deja-vu during most of my playthrough. Enemies, for the most part, are your standard psychos/loaderbots/varkids. The level design is very linear, nudging you along from point A to B, collectibles factored in too. Writing-wise, it is for sure on par with other BL3 DLC expansions (and definitely better than the base game’s mess) but it really doesn’t go cray-cray as you might expect.

This is particularly felt in the side quests (mostly involving the two Kriegs); they are incredibly bite-sized and made me go “uhhh that’s it?” more than a few times or make you backtrack halfway through the area you just left. Neither is the loot (minus a few legendaries) anything worth losing your mind about *wink wink*. The game’s dull pace does give away for an exciting section halfway through the campaign as you’re being hunted down by a sentient train called the Locomobius (ending in an expectedly cool boss fight) – then the game reverts back to its slow pace as it nears finale.

It’s not all gloom and doom within Krieg’s mind though – the boss fights are probably some of the best in the series and the near-constant between both Kriegs and the revelation leading towards the truth of the matter will stick with you throughout.

Overall it’s an experience that’s certainly nowhere as ambitious in scope as BL2’s TTAODK DLC, and more disappointingly, feels like a missed opportunity – at least the ending has a satisfying closure, so there’s that. However, it’s not bad by any stretch of the imagination, and it’s always good to see n old friend back in action even though he isn’t playable. If you enjoyed the other BL3 DLCs, Krieg’s latest adventure has just enough meat with the occasional fiery dash of hot sauce to keep you occupied.