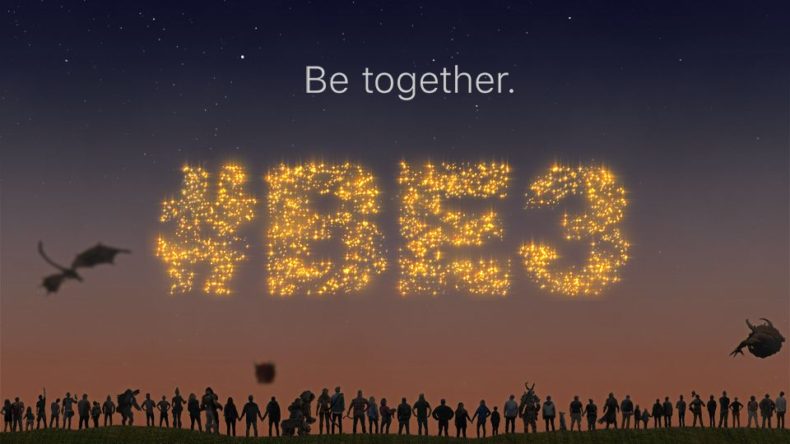 Keanu Reeves aside, Bethesda did have a bit more exciting conference to watch than Microsoft in terms of new game announcements following the reveal of two new IPs. While it was dominated by Fallout 76, The Elder Scrolls Online and other GaaS games and of course mobile games, overall as a presentation, Todd Howard’s self-aware ‘humor’ definitely didn’t sound like he was trying to keep a brand afloat and the games from developers under Bethesda kept the show from becoming stale. As for Devolver, the sheer humor derived from their idiosyncrasy combined with A LOT OF ACTUAL GAMEPLAY made them the heroes of the night. Yes, they also had their fair share of industry tropes, but hey at least the presentation sounded far from a big PR cliche.

For us traditional gamers who are neither into GaaS nor into mobile crap, Bethesda did take quite a while (20 minutes to be exact) to get started while most of the conference was just fillers; with Todd Howard on stage revealing new DLCs for Fallout 76 and announcing The Elder Scroll: Blades for the Switch. Fallout 76 sees the return of the much requested (And needed) “human NPCs” in the game world with new story/questlines and a new Battle Royale mode *sigh* called Nuclear Winter. For those of you who are interested in Fallout 76, the game will be free to play between 10th-17th June. Later on, Elder Scroll Online DLCs were detailed and a new expansion was announced with more mobile games to follow.

After 20 minutes of torturous lollygagging, waiting for something interesting to happen, Shinji Mikami took to stage and announced GhostWire: Tokyo. He called upon the Creative Director (Apparently his disciple according to the internet), Ikumi Nakamura who let’s be honest, was such an adorable dork on stage. It was clear that she was nervous and was trying to mask it by showing excitedness. Anywho, she described the game as an action adventure game that is spooky but doesn’t fall in the survival horror genre. It is a pity that we didn’t get to see any gameplay, but from the trailer, it looks pretty interesting and from Mikami’s reputation of not repeating himself too much, we can expect it to an exciting new IP. The only other game announcement of interest was Arkane Studio’s Deathloop, again with no gameplay whatsoever. It seems that all of E3 2019 has been about cinematic trailers.

Doom: Eternal finally got a release date of 22nd November 2019 and it looked fantastic in the new video. Doom guy can now swim, the environments are more open with tremendous level design and it seems that the action in the game will be punctuated by platforming sections, more so than the previous game. Bethesda also talked about Orion, a technology that enhanced game streaming capability(?). Most of Bethesda’s conference, similar to Microsoft’s, was chock full of mostly uninteresting events with very few highlights. Wolfenstein: Youngblood was touched upon a little too.

As far as Devolver Digital go, their conference was in contrast to both Microsoft and Bethesda with only gameplay showings. Yes they did have the DLC of The Messenger, but they did show off Fall Guys, Devolver Bootleg and Carrion, all of which looked interesting, to say the least. Fall guys seemed like a cutesy battle royale where players need to push others off the stage instead of killing them. Devolver Bootleg is as Devolver as it gets with a bunch of smaller satire games (And a 1% discount on Day 1 purchase) and Carrion is a 2D Platformer/Metroidvania (?) where the player assumes the role of a symbiote like thing that keeps expanding as the game goes on. We have known this for a while, but Devolver also showed off My Friend Pedro towards the end of the show.

All in all, Bethesda had Ghostwire and Deathloop while Devolver had a number quirky titles up their sleeve. Devolver, as has been case for the past 2 years, was totally worth the time invested while Bethesda’s conference felt like it was wasting our time or stalling in some sense. Doom was a sure shot while we have hope that good things are come from Arkane and Shinji Mikami.