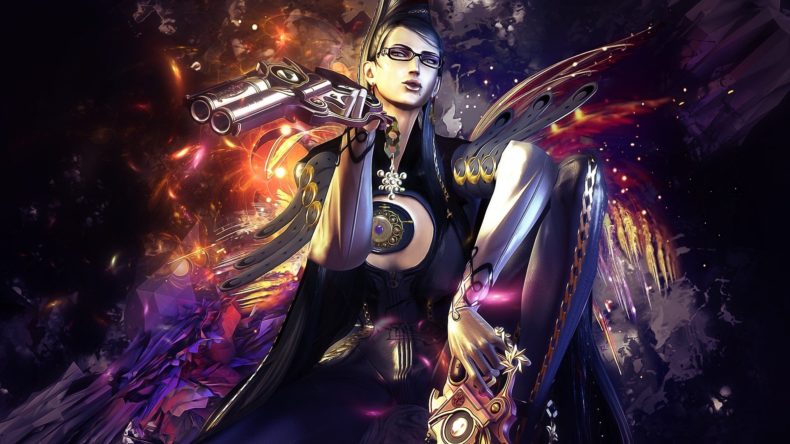 I’ve been a big Platinum Games’ fan ever since I fell in love with Okami (originally made under Capcom’s now-defunct Clover Studios) and Metal Gear Rising: Revengeance – so when Bayonetta launched on Steam, I HAD to buy it, and so I did on day one.

With the exception of a few underwhelming releases, Platinum’s general pedigree with action games is well known as a master of the genre – after all, one of the founders of the studio, Hideki Kamiya worked on the original Devil May Cry which is hailed as a pioneering stepping stone for a hack & slash or character action game.

Coming back to the topic at hand, Bayonetta certainly met my expectations as far as the gameplay was concerned – but I was more surprised to see that it stumbled in areas where I didn’t expect such a talented studio to. In fact, these silly flaws reminded me of another niche Japanese developer: Goichi Suda from Grasshopper Manufacturer (more popularly known as Suda51), responsible for games like the PS2 era’s mind-boggling Killer7 and the Wii’s raunchy, gory and adult No More Heroes duology.

First, let’s go over stuff that the game DOES excel at:

While it may not look like it at first glance, Bayonetta does boast a cast of very likable characters – like the “womanizer” sidekick Luka, badass shopkeeper Rodin, calculating antagonist Balder, sly competitor Jeanne and of course, the star of the show, everyone’s beloved flamboyant witch, Bayonetta. The story isn’t anything special – your general amnesiac tale on a journey to seek the truth buried by the past, and stop malevolent forces on the way (yes i won’t spoil anything here, the Europe-inspired lore of angels, demons, and witches is interesting enough to warrant your own playthrough, so shoo go play the game); it, however, does have its moments of engaging plot twists and thrilling set pieces as the game doesn’t take itself seriously.

I don’t have much to say about the visuals – they hold up for a 2009 game, a semi-realistic gray/brown tone with flashes of red, yellow and blue thrown in depending on the environment. The character designs are exceptionally cool though, with the angels of Paradiso and Infernal demons each having a unique look that fits their tone. 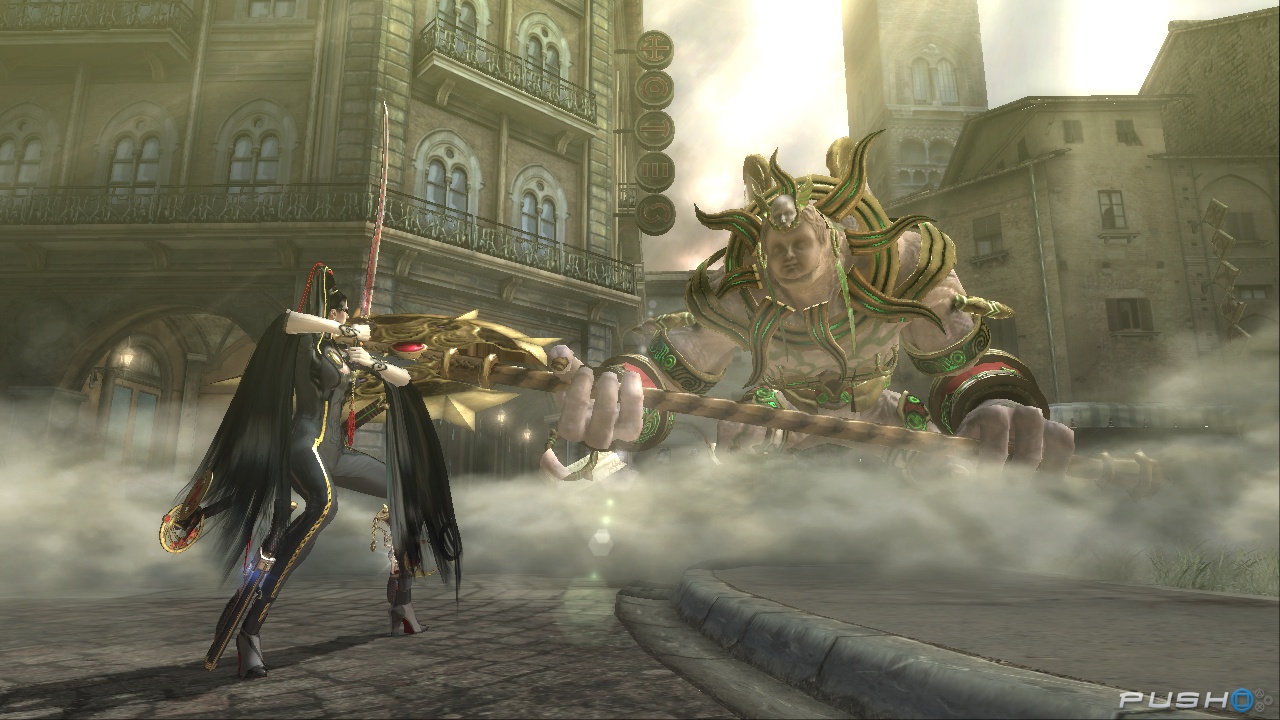 Now addressing the gameplay… Damn, where do I begin? I could rant on for countless paragraphs but since that’d be extremely long and boring, let’s cover the essentials – and the first thing you need to know is that the DMC inspired combat is easily the best thing about the game.

In fact, it’s got such crazy amount of variety it’d almost make a fighting game jealous. Granted, the combat is not as technical as say, Devil May Cry 4 but it’s certainly not shallow either – that’s guaranteed with the huge strings of attack combos utilizing powerful Wicked Weaves, parrying (with the Moon Of Maha-Kalaa accessory), shapeshifting and dodging with Witch Time (a novel and incredibly fun mechanic that slows down enemies on a successful, well-timed dodge). There’s nothing more satisfying than evading an annoying attack from the lightning-fast Grace & Glory, comboing them to oblivion and racking up the magic meter to finally perform a Torture Attack animation that deals MASSIVE damage in addition to making you feel like a total badass.

As a side note, I’d love to see Bayonetta spinoff games revolving around the various multi-cultural Umbran witches referenced in the accessory cards… PRETTY PLEAAASSE PLATINUM?

Add in a satisfying arsenal of weapons, from the punch-packing guns to visceral blades, advanced technical maneuvers which the game rewards mastery of and a ranking system alongside secret bosses, secret weapons, a wide pool of movesets to unlock and minigames all over a range of difficulties – you’ve got a recipe to easily keep completionists sleepless. It’s a game built with replayability in mind, and is also very rewarding for those who work hard for it but… is it fair?

This is where Bayonetta’s flaws are apparent and where my Suda51 comparisons kick in. For those unfamiliar, Suda’s games are weird in a good way, often fighting for a balance between good and bad game design, and ending up being a rollercoaster of thrilling highs and frustrating lows. Bayonetta mirrors that too, with  oddities like enemies attacking out of sight, or its out-of-place set pieces like a car chase and turret sequences that feel like annoying, tacked-on filler. Or the handful of copy-pasted bosses with the same, dull attack patterns. Or the few Cereza escort missions that make you go “…why?”. 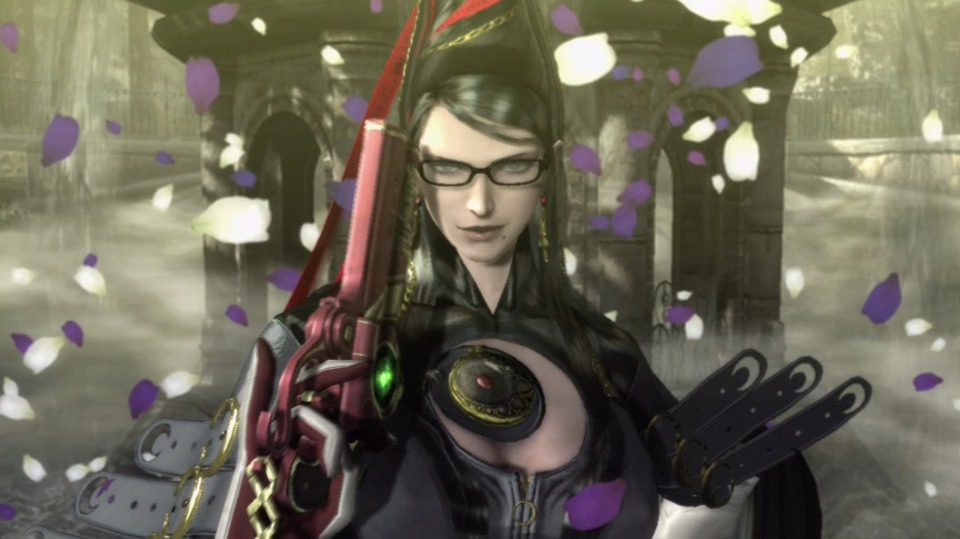 Even if you could ignore those, the worst offender just cannot be overlooked – the cheap, one-hit QTEs; for a game that demands skill and rewards precision, it’s incredibly baffling to see the devs integrate into one of the shallowest gameplay mechanics in gaming into it. “Enjoying a stylish, over the top cutscene? Here’s a QTE out of nowhere. Oh, you failed to hit it in the small time frame? Too bad, you’re dead. Start over from the last checkpoint” – and this does affect the final mission result card too. A shame, that such a smart game makes such woeful blunders.

It reminds me of Killer Is Dead, despite it being a younger game than Bayo; interesting, fast-paced combat let down by some of the most abysmal game design choices I’ve seen in a hack & slash *looks at the crappy Vampire Mansion level and the stupid floating eyes that are hard to hit since Mondo (the protagonist) can’t jump*.

Of course, all this criticism aside, fans of character action games definitely need to experience Bayonetta, ESPECIALLY for it’s epic 1-on-1 human boss fights which are some of the best I’ve seen in gaming – plus the cool as heck panther shapeshifting transformation that I could mess around with all day. Buy the game, and brace for one of the more impressive hack & slashers out there. Let’s dance boys!