7 Upcoming Cyberpunk Games To Be On The Lookout For 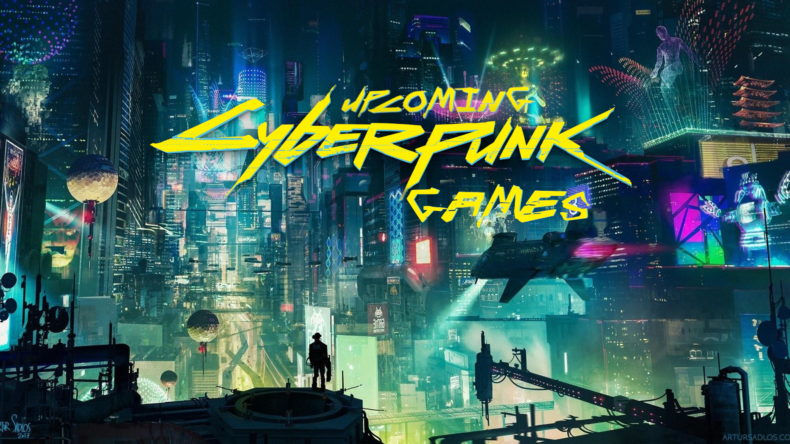 Cyberpunk is not just about neon lights or fancy looking cars or huge skyscrapers or holographic assistants or whatever modern media/people tend to stamp the name on. I mean yes, those are superficial elements of a cyberpunk world, but a cyberpunk narrative is much more than that. It is a genre that encompasses the conjunction of human sentience and limits of artificial intelligence, explores the potential of computerized perception, deals with a general societal shift and blurs the line between what it means to be a human and a machine. Very few games are truly able to capture the essence of a cyberpunk narrative. Here are a few upcoming titles that might:

Recompile takes the ‘cyber’ of cyberpunk quite literally. Set inside a virtual world, the player’s main objective is to not get DELETED. It is a 3D metroidvania(esque?) game as per the game’s Steam store page and looking at the trailers it does have the trappings of a metroidvania game. Along with a branching narrative delving into existential themes, slick gameplay, dynamic soundtrack and a beautiful art style, this is definitely one to keep an eye on.

Neocab is an interesting take on the genre and expands on it by not making it about some special agent or enhanced humanoid on a globe-trotting adventure. Taking the role of Lina, the last remaining human cab driver, this game falls in between text-based adventure and survival where the player has to maintain a state of financial and emotional well-being by choosing whom they take up as passengers which will also change the narrative. The main objective revolves around surviving and finding details about a missing friend.

Cloudpunk is another adventure game in a futuristic setting.  Here the player gets to play as Rania, a delivery driver working for the company, Cloudpunk. The Steam store page does not get into much detail, but it seemingly will allow open-ended exploration of the whole city where the player will interact with NPCs to piece together a story with branching narratives.

One of Microsoft’s highlights at E3 2017, The Last Night had us drop our jaws in awe with its art design, ambiance, and music. A world where human creativity and creations have shunted as a result of advanced AI, the game sets up the cyberpunk theme brilliantly. There has been no update since the initial announcement, but the game is still being developed from what we know.

A cyberpunk title by Platinum Games? Enough to pique our interest. And it’s not your ordinary sci-fi game either – play as a cop with a Legion (basically robot-like partner) for versatile dual-controlled gameplay (Reminds me of Psycho-Pass for some reason), as you investigate interdimensional anomalies across the city caused by the alien-like Chimera. And since it’s an action RPG, there’s a lot of stuff to tinker around with like quests, different Legion modes and so on. This is one of Nintendo’s most exciting IPs since Xenoblade on the Wii, and the fact that the talents behind some of our favorites like Bayonetta and NieR: Automata are working on this has us excited for it.

Synther is at the top of this list simply because it has Deus Ex painted all over it. From the music to the aesthetics to the world, everything just resembles the all-time classic, even more so than the soft reboot. The game touts open-ended mission structures with multiple approaches to any objective where every action (Or inaction) that the player takes will have an impact on the world. It works in a rogue-lite kind of way where death causes the player to restart the whole game. It is a through and through immersive sim that will definitely scratch the itch of those wanting something like the OG Deus Ex experience.

Oh yes I know, the word cyberpunk was used wayyyyy too much. Regardless, what do you think of the list? Any suggestions you would like to add. Sound out in the comments section below.