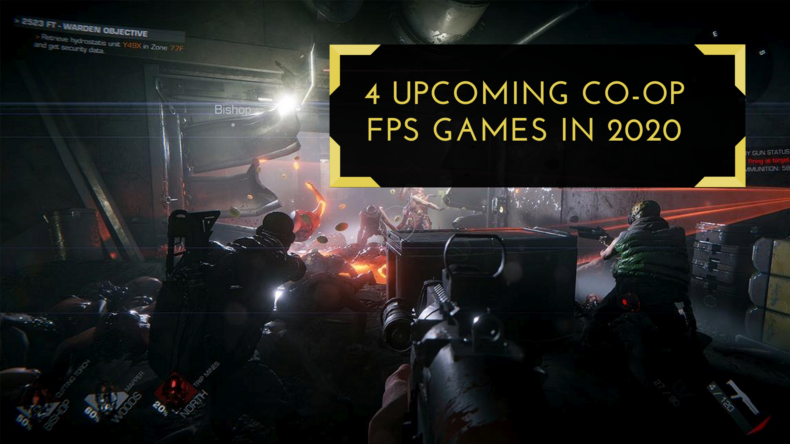 When we made the list of 7 Single Player FPS games to look out for in 2020, we got a request from one of our readers to make a list of upcoming co-op FPS games. It wasn’t easy to make such a list with the hard and fast criteria we had set for our prior list- focus on the shooting without filler gameplay.

Nevertheless, co-op games are a special sub-category of games that are hard to not be interested in, only because of their simple yet effective appeal of having at least one buddy tag along with you on your adventure – be it hilarious accidents that make for memorable screenshot/video material or horrifying mistakes that send you and your team on a losing downwards spiral. So here is a list of upcoming games that you would be able to enjoy with a friend/s.

Starting off with yet another (hopefully this is not a trend) game that deviates the most from the rules that we set for the categorization while also having the least information out there on the internet. Voidtrain is a game about a bunch of mechanics (up to 4) who have to embark on an intergalactic journey via a train. As players progress they will be able to upgrade/customize the train to their liking. The sole video available on the game does not allude to the crafting mechanics leaving us with very little information on how extensive that side of the game will be. Considering that the trailer focuses on the shooting aspect, we hope that it primarily relies on shooting as a core mechanic and survival mechanics are elementary at most.

It is interesting to note that the publisher of the game as per Steam, HypeTrain Digital, does not have the game listed on its official website. There is no news on whether it was dropped by the publisher or whether the developers were taken up quite recently by the publishing team. Whatever the case, the game is one to look out for. 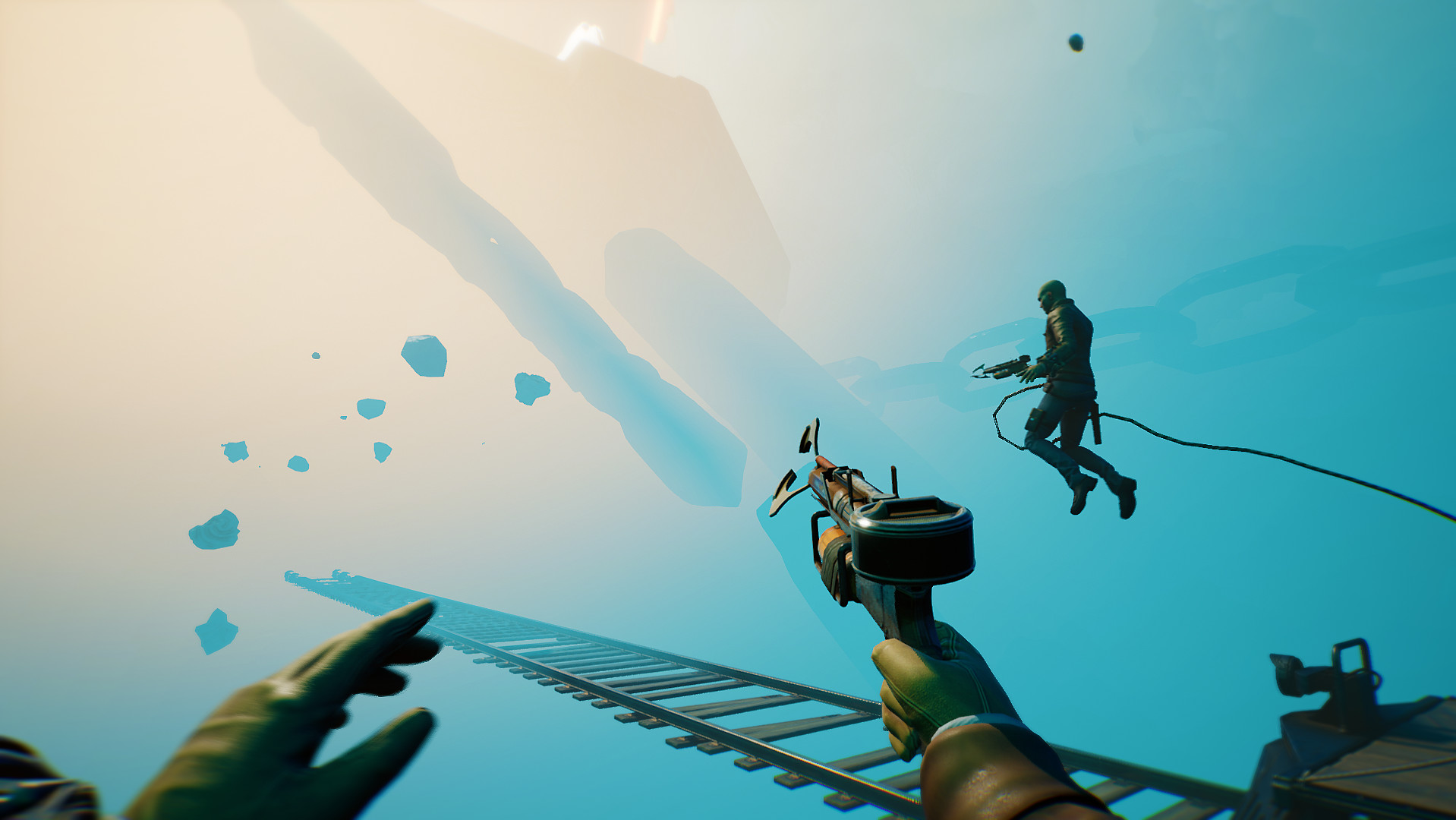 The development of this game is interesting: Eternal Blood is actually a precursor to the development team’s actual project, Silent Doom.

Eternal Blood has a planned release date of Q2 2020 but without any footage, it is hard to get a grasp on how the gameplay will turn out. It does feel like it is going for a more of Amid Evil vibe contrary to Eternal Blood that feels more like a traditional shooter.

Scathe was originally going to be put in the previous list before I saw the co-op tag attached to it. ‘What a shame’, I thought at that time because it may have looked slightly rough around the edges, but it definitely looked fun. Thankfully due to the aforementioned reader, we were able to put it in a list of its own.

Scathe does not try to hide its influences. A cursory glance at the game’s art shows how much it borrows from the all-time FPS classic, Doom. It contains most of the staples of an old school shooter- fast-paced traversal, light platforming elements, projectile-based attacks by enemies, variety of guns, etc. One addition that many purists might not take kindly to would be the reload mechanic.

The basic premise of the game is that you are in Hell and need four Hellstones to escape. Each Hellstone is located in different zones and is guarded by a boss. The zones can be tackled in any order and can even be exited at any time if the player so chooses. Initially, I was under the impression that the zones themselves might be procedurally generated. Upon inquiring about it, I found out that the levels were being handcrafted which was a huge relief.

Another co-op fps that does not shy away from displaying its inspiration on its sleeve. Doom is plastered in big bold letters on the front page of the game’s website. However, the developers have ideas of their own.

Instead of a single gun, the player has the ability to dual wield as well as dash out of the way of attacks. The newest addition to all of this, however, is the introduction of a ‘Nemesis’ system. Depending on how well you play the game, it dynamically adjusts the game to make it more difficult for the players.

As illustrated in an example by the developers themselves, if you kill 8 enemies in 8 seconds, the game will recognize that you are breezing through the game and will activate what they are calling “Overload”. Basically all enemies that you killed just a moment ago will respawn with buffed up stats. It is an interesting system. According to the developers, there will be different parameters for the activation of “Overload” and various forms of repercussions in the final release.

YES!!! I know that Zombie Army is missing, but the release date is right around the corner, so the exclusion shouldn’t come as any surprise.

Know of any other good co-op FPS games that are coming in 2020? Let me know in the comments below.

by Cola Powered Gamer on September 20, 2020
With the release of DOOM in 2016 and DOOM: Eternal in 2020, one can conclude old school FPS games have made a comeback. Additionally Realms Deep 2020, a game showcase event dedicated to these kinds of titles, was recently conducted proving that there is [...]
comments
Leave a reply