3 Underrated FPS Games for Windows That You Must Play Today 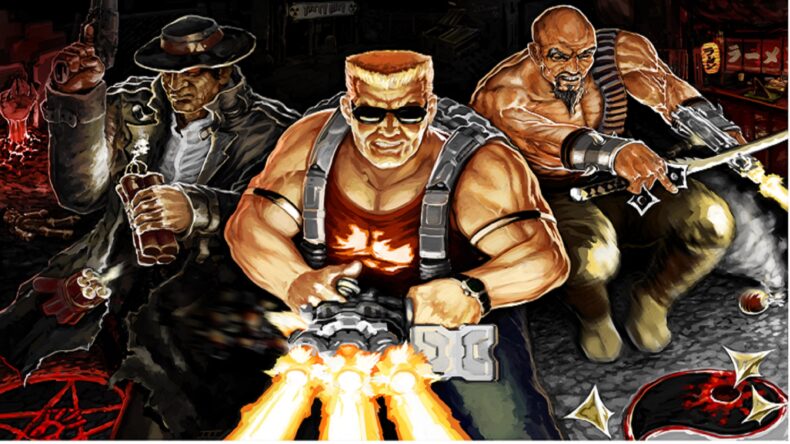 It’s been said time and time again, first-person shooters are a genre that belongs on PC. Nothing quite works as well as a mouse for aiming, and there’s a reason some consoles of days past have tried to cash in on this with peripherals like the PlayStation Mouse and, to a lesser extent, the Wii Pointer.

Whilst the PC is the perfect platform for the genre, you’ve already played most of the good ones by now. Half-Life, BioShock, and S.T.A.L.K.E.R., and you’ve spent a fair amount of time on classics like Serious Sam, Quake and Doom. Even recent titles like Ion Fury have released to impressive fanfare, and you’ve probably already finished it. Fear not, you have not reached the end of the line. Here are three FPS games that went a little unnoticed at the time of their release, and would be welcome additions to your collection, even if you have to buy physical copies from some Russian dude over the internet.

Loosely based on the 1988 feature film, They Live, They’re Alive is a Russian Sci-Fi FPS along the same vein as 2006’s Prey. Orion have a few good shooters under their name, with the Condemned-like The Hunt being my favorite among them, but others such as Dusk 12, and The Stalin Subway still being solid, yet underappreciated titles in their own right.

They’re Alive begins with a revolution, and slowly morphs into an alien shooter reminiscent of Blacksite: Area 51. The game’s story isn’t the easiest to follow at the most coherent of times, and the dodgy translations can take you out of the action even further, but the gameplay and visuals are the draw here.

The game looks rather impressive for the time of its release, and considering the studio failed to ever gain much traction outside of CIS territories, the graphics are top-notch. The art design is gritty and real, with graffiti-plastered walls making up a lot of the early portion of the campaign, Orion Studios really seem to have paid attention to detail here, not leaving a blank surface anywhere.

Gameplay is solid, with the ability to peer and shoot around corners being very well implemented here. The mechanic was quite uncommon for console FPS games at the time, and PC games like Alpha Prime were running with the idea. There’s a good mix of weapons to use and the melee items provided really pack a decent punch.

They’re Alive sits somewhere on the fun side of clunky, and if you can get past its shortcomings in terms of story, you’ll be sure to enjoy it.

Vivisector: The Beast Within (Action Forms, 2005) 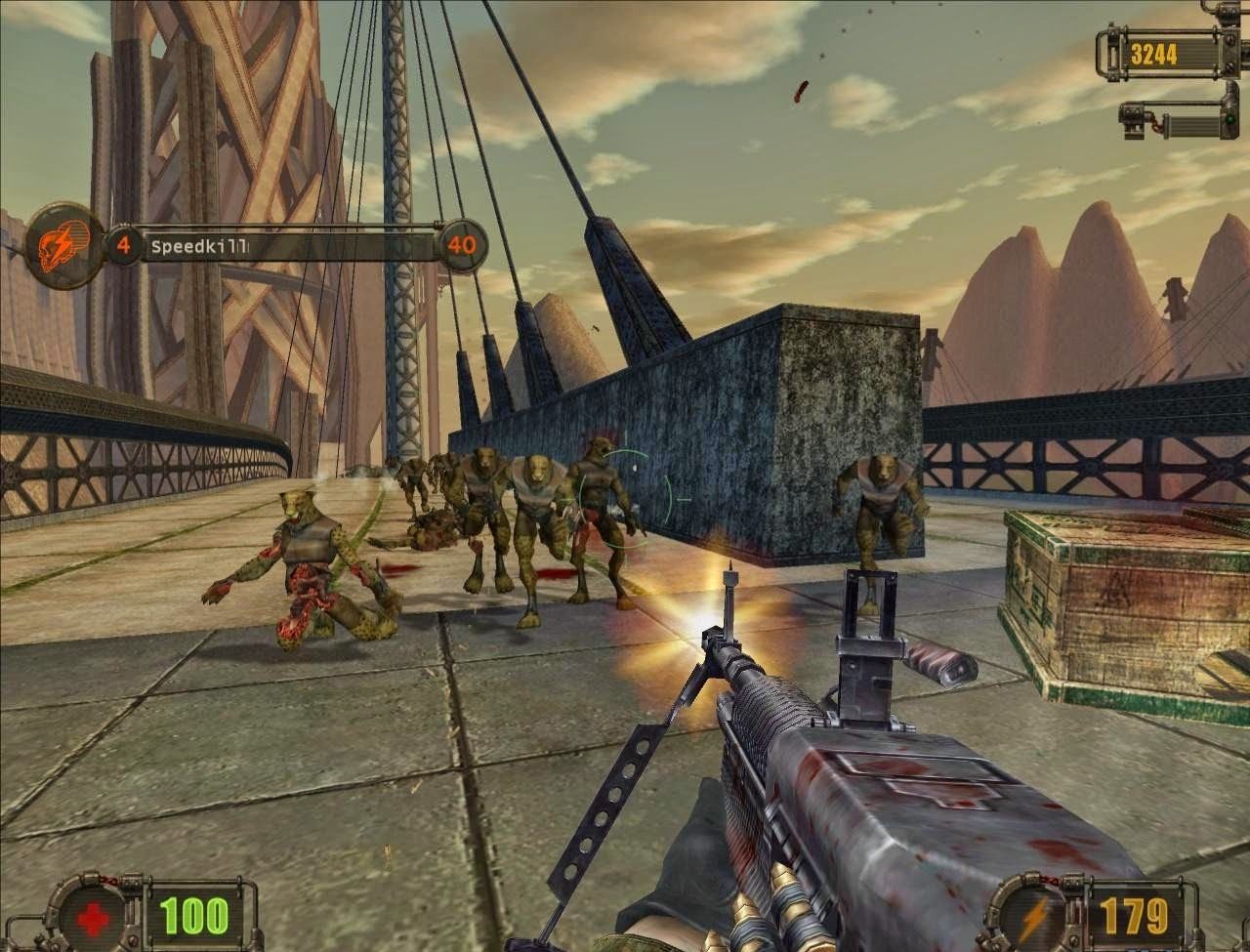 Vivisector is one of the more successful titles from Ukrainian developer Action Forms. Previously known for the DOS Shooter Chasm: The Rift, the studio obviously had some very talented developers working for them during the mid-2000’s.

Originally penned as a Duke Nukem game, titled Duke Nukem: Endangered Species Hunter, the game ended up being canned and instead was reworked into a fast-paced FPS retelling of the events of the 1896 novel The Island of Doctor Moreau.

The premise of the novel, animal experimentation, allowed for a whole host of creative and varied enemies, from lightning-infused coyotes to giant cybernetic gorillas and rocket-launcher toting grizzlies. The story is quite the spectacle, and the game goes on long enough to keep you entertained for a fair amount of time.

The game plays out similarly to the Serious Sam and Painkiller series, with hordes of enemies charging your location, needing to be defeated before you can progress into the next area. It’s easy to find yourself backed into a corner, and it can be terrifying being left with nothing but your army knife as a swarm of lions charge your location. For a game so rooted in the action genre, it can get pretty scary.
Vivisector is easy to get along with, and even easier to appreciate – it’s just a shame it didn’t catch on at the time, as it’s absolutely a part of my top 10 FPS games. 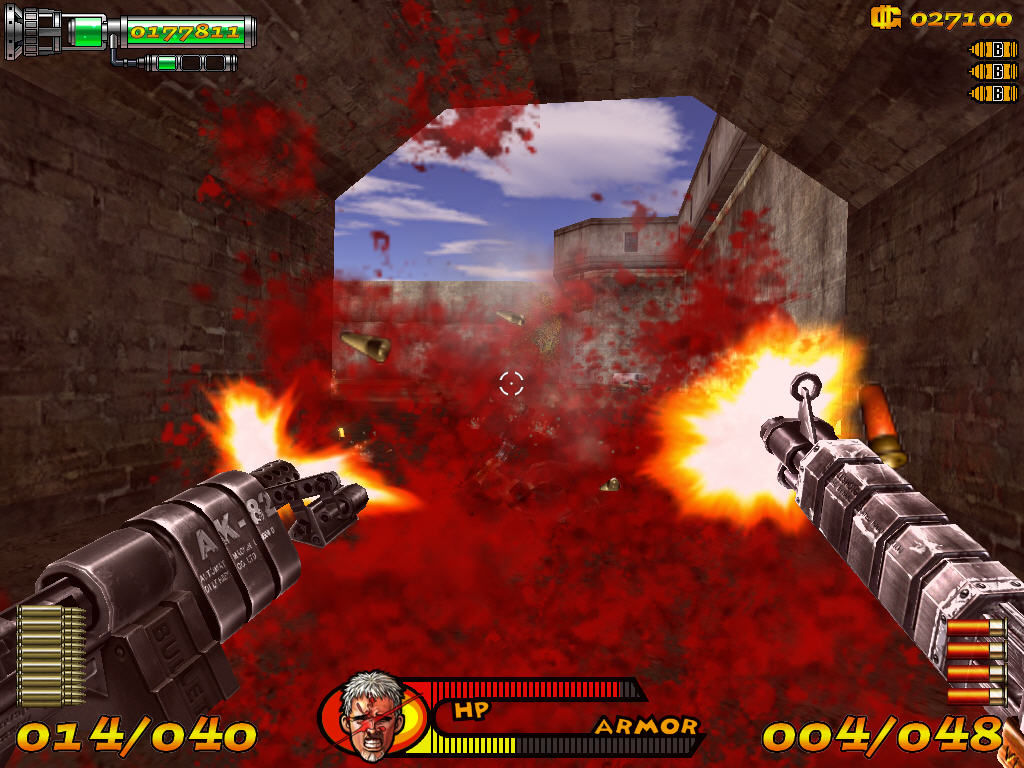 Another Sam-like, Nitro Family is the sole game developed by Korean studio Delphieye Entertainment. Unlike Vivisector, Nitro Family is full-on balls-out action with a killer sense of humour and souls-like difficulty. It’s a divisive title among those who do know it, with popular YouTubers GmanLives and FrameRater both covering and disliking the FPS game, but a horde of commenters disapproving of their final verdicts.

Nitro Family follows the story of the Chopski family, and the quest they must undertake to recover their child from the hands of an unsavoury corporation. It’s a pretty convoluted and complicated tale, but the sheer wackiness of everyone involved makes it more than enjoyable.

What really stands out about the game is the ability to dual-wield weapons, and mix and match various combinations. You can go for a shotgun-shotgun combo, or a grenade launcher-assault rifle mix – you are only confined by your ammunition. This is a pretty unique mechanic, and one that hasn’t really been replicated that often since, with the only two coming to mind being Borderlands 2 and Brute Force’s Gunzerker/Berserker abilities.

Nitro Family feels very derivative of Serious Sam, right down to the tone. I’ve played some pretty lacklsustre games that have tried to imitate Croteam’s formula over the years, and this is not one of them. Nitro Family is a blast end-to-end, and a definite recommendation from me.

Looking for some more underrated FPS Games for Windows? Check out our other article here!

Know of any other underrated first-person shooters available for Windows? Let me know, and I’ll be sure to dig around for a copy and go in all guns blazing!

Craving some more obscure games or just want something interesting? you can click HERE to go to ObscuReviews Archives and delve deep into games you didn’t know existed.