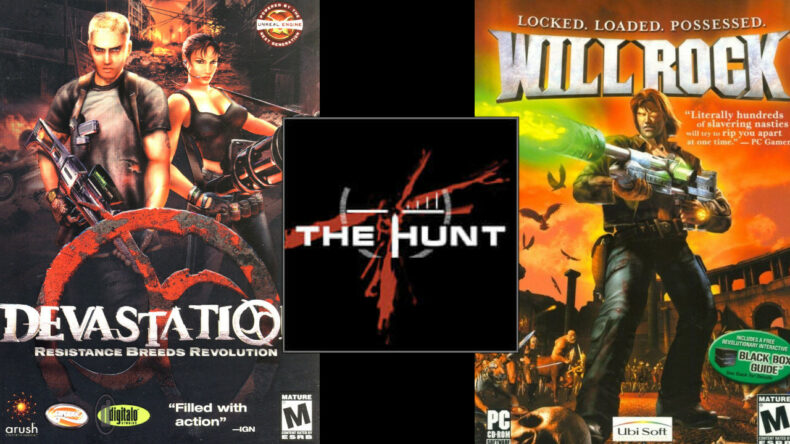 Last week we took a look at three underrated FPS games you should move on to if you’d finished playing through all of the classics. You can read that article here!

Tired of constantly replaying the likes of Duke Nukem 3D, Return to Castle Wolfenstein and TimeSplitters 2? Who am I kidding, nobody could ever get tired of playing TimeSplitters 2. This week’s article is for those of you who might need a little break from the above games before diving back in and playing them for the rest of eternity.

Unlike the aforementioned titles, it’s likely these games have never even crossed your radar due to being regional exclusives or just generally hard to find. Most of them will be available on eBay, but you’ll be hard-pressed to find them on the likes of Steam or GOG. These three titles are absolutely worth the pain of tracking down, and might even work their way into your favourites. 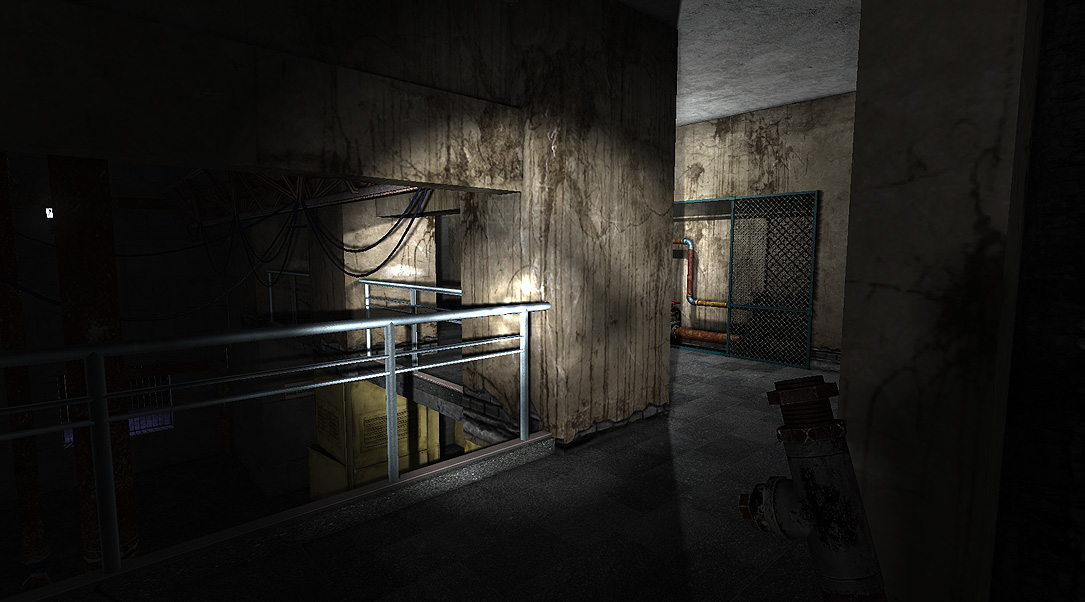 When Condemned: Criminal Origins hit the Xbox 360 in 2005, its melee-heavy focus and atmospheric tone was a hit with both FPS and Horror fans alike. There were bound to be imitators crawling out of the woodwork, and we saw titles like Zombi try, and fail to get ahold of the corner of the market that Monolith had carved out.

Enter Russian studio Orion Games in 2009, with their game of many names – mostly known as The Hunt. Released only in certain parts of Europe, the game follows the story of a game show known as Chernaja Metska – in which a member of the public is marked with a viral ID, known as the Black Tag, then hunted by government-sanctioned assassins for the chance of winning a cash prize. The Hunt puts you on a mission to destroy the viral tag and put a stop to the barbaric gameshow.

There’s a strong emphasis on atmosphere here, and to make matters worse, its combined with a sense of urgency. One of the creepiest missions in the game is reminiscent of Painkiller’s Loony Park, with the player sneaking through a circus-themed amusement park avoiding killer clowns, who wield chainsaws and other dangerous weaponry. There are some really good jump scares in Orion’s title and The Hunt stands as a testament to their talent.

With solid combat mechanics, a decent range of weapons and a remarkable tone, The Hunt should be at the top of your wishlist. One thing you will need to be wary of is that this game is rare as all hell, and it won’t be easy to track down a copy – but once you do, you’re in for a treat! 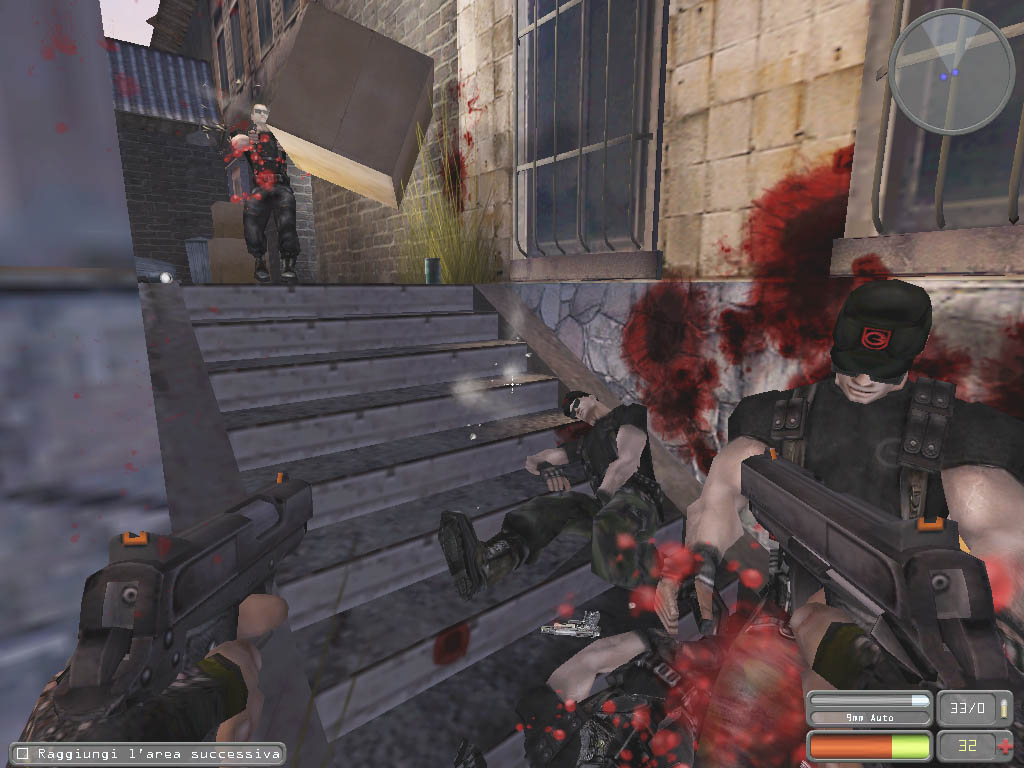 Putting you in the shoes of a hardened blonde guy who bears a striking resemblance to one Marshall Mathers, Digitalo Studios’ Devastation walked a pretty thin line between team deathmatch simulator and single-player story-based gameplay. This acts as both the reason I like the game, and the reason I dislike it. Overall though, it’s a lot of fun.

Featuring a plot about overthrowing an evil mega-corporation and stealing their scientific research sounds like something out of a bottom-of-the-barrel Stallone movie, but it makes a fair bit of sense here, after all – why else would the entire world want you and your crony’s dead?

Devastation’s draw point is its weaponry, with some really unique and innovative takes on the genre. The explosive harpoon gun is a blast to use, and the katana serves as a great call-back to the original Shadow Warrior. The game also lets you control a bomber-rat, to crawl into enemy fortresses and blow them to smithereens.

Unfortunately, half-way through the game’s campaign, you are granted access to a respawn machine, which then devolves each mission into a team deathmatch-like experience, and the storyline really loses both- traction and focus at this stage. It’s not necessarily a deal-breaker – but it really weighs down an otherwise solid title.

Devastation is a great deal of fun for the first half of its campaign, and it’s easy for me to recommend it to anyone after a memorable early 2000’s FPS experience. It might be a game that you put down after a while, but it’s one you’re sure to have a good time with before that.
Will Rock (Saber Interactive, 2003). 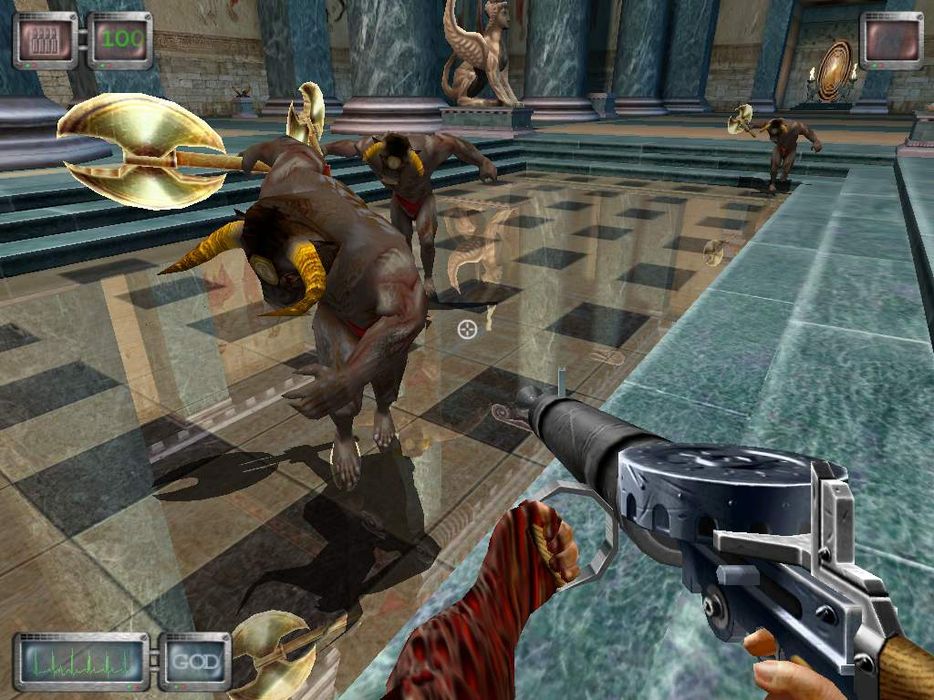 Serious Sam: The First Encounter spawned a hit franchise that is still going to this day. Although the series has had its fair share of duds like Serious Sam Palm and Serious Sam Advance, its mostly been well received and has been a driving force behind the wave/horde shooter genre. Other than with Painkiller, the genre hasn’t really had much exposure outside of Croteam’s series – and this means that a lot of awesome games have fallen to the wayside, such as Saber Interactive’s Will Rock.

Although nowhere near as fast-paced as its muse, Will Rock still manages to give the player that amazing sense of feeling overwhelmed by the sheer volume of enemies in each area. Add to this the puzzle elements that the 2003 title throws at you, and you’ve got a 50/50 chance at either feeling like an FPS god, or breaking your keyboard in a rage.

Being set in Ancient Greece, the game is able to show off a lot of unique environments and awesome enemy types. The missions are quite long, yet pretty linear too. As a fan of linear games, this isn’t much of a problem for me – yet it might be for those better acquainted with more modern titles.

Will Rock features some insane weapons, such as the Medusa Gun that turns your enemies to stone, and the handy shovel that acts as the protagonist Will’s melee weapon of choice. You’ll find yourself trying out each and every one of the game’s 11 weapons and enjoying them all. Definitely a recommendation for fans of wave shooters.

Know of any other underrated first-person shooters available for Windows? Let me know, and I’ll be sure to dig around for a copy and go in all guns blazing!